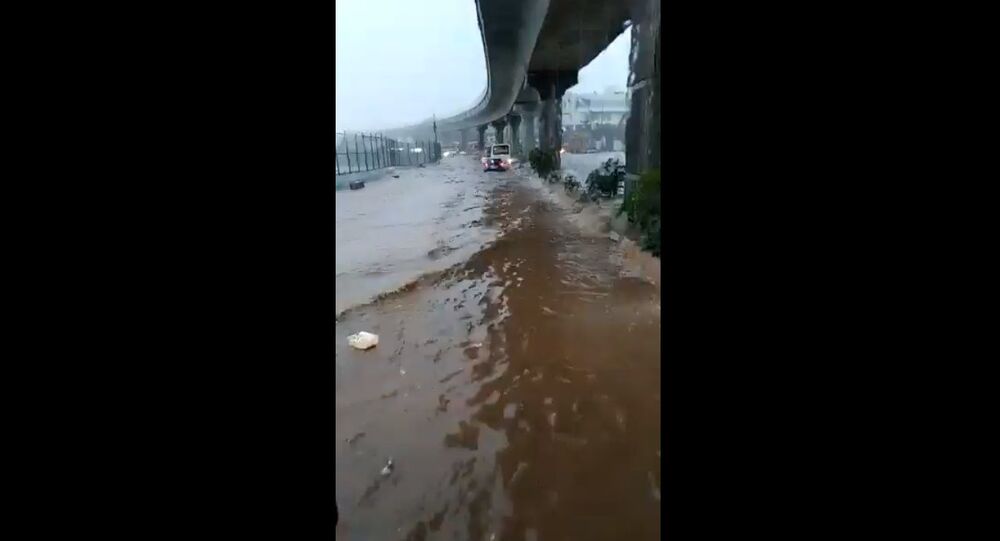 New Delhi (Sputnik): Monsoons in India between June-September typically turn out to be nasty for low-lying and coastal areas, often resulting in death and destruction. This year, at the outset of the season, at least 110 people have already been killed and 32 injured in Bihar and Uttar Pradesh.

In India, where hundreds of thousands of people have been pushed into extreme poverty by the COVID-19 pandemic, the monsoons have unleashed yet another wave of terror.

The monsoon rains, otherwise considered a harbinger of prosperity for the agriculture sector, have this time triggered widespread destruction in the form of floods, landslides, cloudbursts, and lightening that have claimed human lives and damaged crucial infrastructure supporting the livelihoods of millions.

Downpour spanning hours washed away the retention wall along Mysuru Road in the southern city of Bangalore. Traffic even continued to dangerously move alongside the swelled Vrishabhavathi River. The overflowing water from the river later flooded the road.

The fury of Vrushabhavati river near Kengeri in Bengaluru. One copies rain has exposed our fragile infrastructure and apathy of the system. pic.twitter.com/yeOTirdRaA

​Incessant rainfall has also battered eastern Assam where the rising water level of the Brahmaputra River remains a concern to the authorities. The Indian Meteorological Department issued a red alert for heavy rain in Assam, Meghalaya, and Bihar on Friday.

On Thursday, a minor was killed in a landslide caused by heavy rainfall in Arunachal Pradesh's capital Itanagar and two others have died by drowning in separate incidents.

“A person drowned in Dhemaji’s Sisiborgaon area today. So far, 15 people have died by drowning in two waves of floods while landslips claimed 21 others’ lives", a spokesperson from the Assam State Disaster Management Authority said.

A bridge on Doomdooma-Baghjan road collapsed due to heavy rainfall in Tinsukia earlier on Wednesday. It will affect the oil blowout control operation in Baghjan.
No causalities or injuries were reported. pic.twitter.com/gnN7QYgFmG

IMD has also forecast rainfall, thunderstorms, and lightning in at least eight districts of Bihar where 93 people have been killed by lightning.