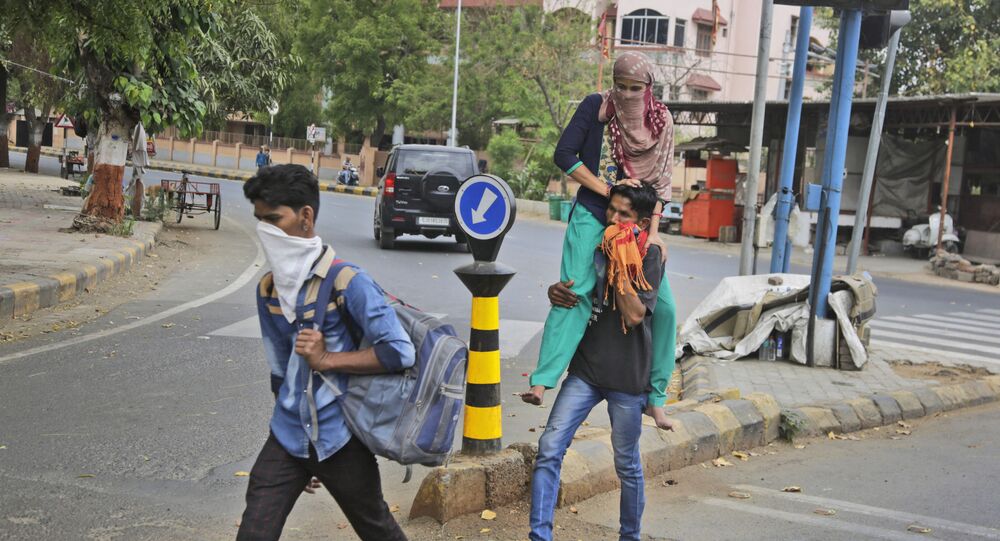 Indian Prime Minister Narendra Modi launched a new $6.5 billion scheme on Saturday to provide jobs and support to poor people displaced due to the Covid-19 pandemic.

When the nationwide lockdown was imposed on 25 March, the vast majority of migrant labourers lost their jobs. With no work, they had no option but to leave the industrial cities where they were working and return to their home villages.

The scheme will be used to create job opportunities for migrant labourers who are still without work.

Launching the scheme from the small town of Khagaria, in Bihar, which goes to the polls later this year for local elections, Modi said: “My labourer friends, the country understands your emotions and your needs.”

India is currently seeking to unlock its economy.  Services have been opened up but international air travel, multiplexes and metro train services remain closed.

The number of Covid-19 cases continues to rise. According to the Indian ministry of health and family welfare, the number of positive cases now stands 395,048, including 168,269 active cases. The pandemic has claimed 12,948 lives according to the ministry.