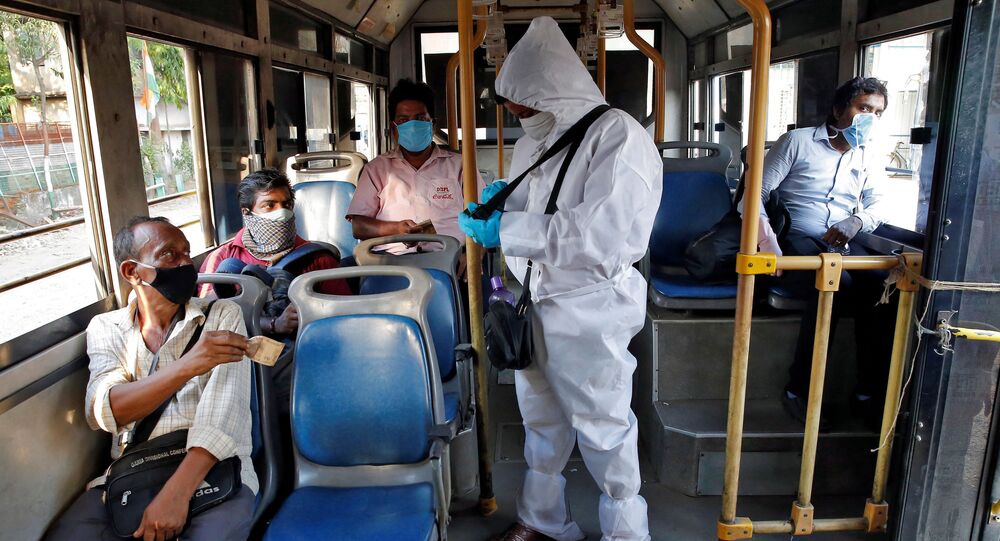 New Delhi (Sputnik): Rahul Gandhi, the former head of India’s main opposition Congress Party, has been interacting with experts from several fields on the global pandemic and how to mitigate its impact on different levels of Indian society, like the economy and healthcare.

Another global expert, Dr. Ashish Jha, Director of the Harvard Global Health Institute told Rahul Gandhi, “The reason for a lockdown is that you are trying to stop the spread of the virus. Humanity has never seen this virus. This means we are all susceptible.”

Dr. Jha, however, advocated for a higher percentage of testing, especially in places like hospitals, in infection hotspots, and among vulnerable segments of the population such as the elderly and people with co-morbidity.

“I am not convinced that India could not do much more testing than it does it right now. I don’t know why it couldn’t,” he quipped.

“You can slow down the virus through a lockdown, but it has great economic repercussions,” he added.

Answering a counter question from Dr. Jha, Gandhi said globally, the virus is operating at two levels – “one, it is operating on healthcare level, and two, it is actually attacking the globalised structure.”

“If 9/11 was a new chapter, this is a new book,” Gandhi told Dr. Jha. “I am convinced we are going to have a new world order. I think it is going to reshape Europe, and the balance of power between the United States and China is going to change,” he suggested.

Rahul Gandhi was the first official to warn Indian Prime Minister about the seriousness of Coronavirus, on 12 February. However, he was not taken seriously, and some ruling party politicians, including ministers, even mocked him.

Recently, Gandhi interacted with furloughed daily wage labourers, who were trudging back to their home towns, often hiking hundreds of kilometres.

On Wednesday, the caseload of COVID-19 in India crossed the 150,000 mark according to the federal Health Ministry. The data indicated the number of active cases at 83,004 and that 64,425 had recovered, while the number of deaths totalled 4,337 in a population of over 1.3 billion.