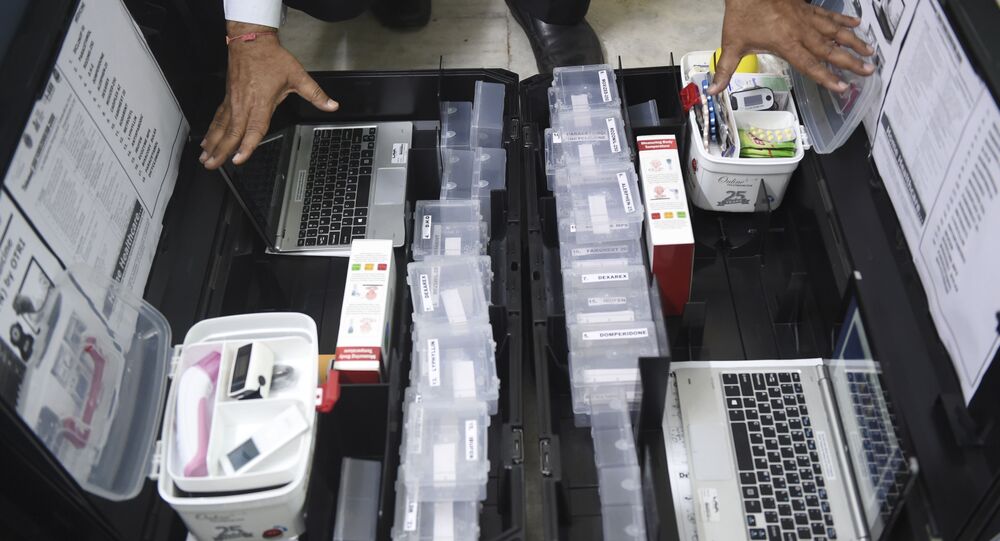 New Delhi (Sputnik): COVID-19 cases in India continue to spike despite the initial 21-day lockdown announced in the country on 24 March, which has now been extended until 3 May. Political parties in India are mounting pressure on the Prime Minister Narendra Modi-led government to increase the testing rate to contain the spread of the infection.

The former chief of India’s main opposition Congress party, Rahul Gandhi, has lashed out at the Prime Minister Narendra Modi-led government for the low rate of testing, delayed purchase of testing kits, and scarcity of testing kits in the country, which has left “India nowhere in the game”.

Rahul Gandhi has raised concern over the government’s efforts in containing the COVID-19 in India and said that the testing rate (149 per million) has put the country in the company of nations such as Laos, Niger, and Honduras.

India delayed the purchase of testing kits & is now critically short of them.

Mass testing is the key to fighting the virus. At present we are nowhere in the game.

Rahul Gandhi has been raising the issue since the very beginning: in a tweet on 12 February, he warned the government that, "Corona Virus is an extremely serious threat to our people and our economy. My sense is the government is not taking this threat seriously".

The Corona Virus is an extremely serious threat to our people and our economy. My sense is the government is not taking this threat seriously.

Opposition parties have been mounting pressure on the government to increase the testing rate, claiming that it is the only way to contain the virus' spread. With reports on shortages of personal protective equipment (PPE) in the country, they have also criticised the authorities for presumably not providing frontline healthcare workers with adequate protective gear.

Press Conference: On the shortage of Personal Protective Equipment (PPE) for health workers and complete evasion of public accountability by the Modi govt.
Come clean on the state of life-saving equipment such as PPEs and Ventilators. https://t.co/cIQreLdPmZ

​According to a statement from India’s apex medical research lab, the Indian Council for Medical Research (ICMR) on Monday, the country has tested 231,902 samples as of 13 April. The government has maintained that there is no shortage of essentials, such as PPEs, and that it has expanded the scale of testing.

The ICMR on Tuesday claimed that it has an adequate number of kits available in the country. Additionally, it has ordered 3.3 million real-time PCR technology kits and 3.7 million rapid kits.

India has over 10,000 positive cases of COVID-19, while 353 people have lost their lives to the virus. Over 1,100 patients have recovered from the disease, according to the federal Health Ministry.