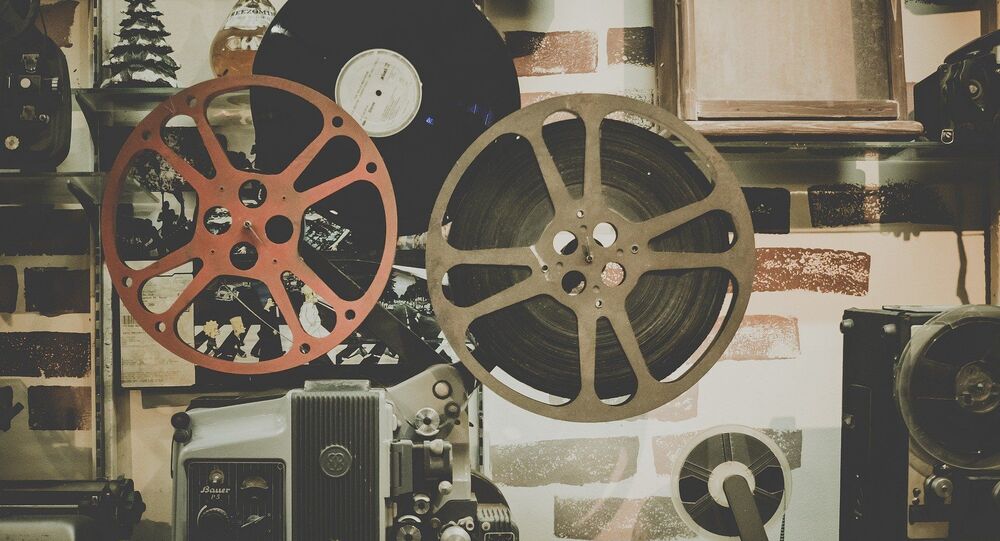 New Delhi (Sputnik): Life is beautiful in retrospect: long lost are the days when Bollywood lovers erupted into loud and contagious cheers upon the entry of a "hero" on the silver screen. Watching a movie premier on a content streaming platform during this pandemic is a rather more lonely affair.

Faced with uncertainty, Bollywood has taken the first step to venture into the unexplored territory of digital and content streaming platforms for film releases amid this pandemic. This has sparked fears that digital platforms will soon replace the 9,530 cinema screens across India.

"I am sure the producers have their reasons (for moving on to over-the-top platforms for movie releases), but the charm of the big screens can never be replaced by digital platforms, to be very honest," the film analyst known for his box office updates on Twitter says.

Sharing her opinion on the matter, renowned Bollywood Film analyst and Director of the Mumbai Film Festival, Anupama Chopra, says that everyone wants to make a film for theatres, but the situation right now is tough and followed by too many variables. Therefore, more people in the film industry are likely to shun the theatrical release of a movie for a while and explore the emerging arena of OTT platforms.

"Of course more people are going to explore this (option). If there is too much money at stake, it is an understandable decision that they (Producers, Directors) are taking," said Anupama, who is also the founder of digital platform 'Film Companion'.

Why Cinema Will Retain Significance

Bollywood's move to embrace the content streaming platforms has left theatre owners dejected. Several film directors also took to Twitter to complain that there's no clarity on theatrical release and filmmakers are left with no choice but to go digital.

All kinds of movies get made, with & without superstars...many fail, few succeed. We should be careful not to judge or pass the buck on failure of an economic model, dependent as it is on subjective creative expression & audience tastes. Now with OTT, there’s space for everyone.

Just opens up more possibilities and we should be embracing that.

​But in a major development, paving the way for a twist in the tale, the Multiplex Association of India has submitted enhanced safety and precaution plan for cinemas to the Information & Broadcasting Ministry and various state governments.

The Chief Minister's Office of Maharashtra - home to film city Mumbai - stated that state head Uddhav Balasaheb Thackeray had interacted with artists and producers from the entertainment industry, especially Marathi film, theatre & television series via video conference and mulled over an action plan aimed at reviving shooting and post-production activities if it includes physical distancing norms and other precautions.

Taran Adarsh says the digital release of a movie is not going to become common practice for some obvious economic reasons.

India's largest multiplex operator hae said it would not be releasing movies not meant for exclusive release in theatres.

Being the world's largest producer of films, India's film industry was valued at nearly $2.4 billion dollars  in 2019, analysis firm statista noted. According to industry experts, it is likely to touch $3.4 billion by 2024.

Similarly, highlighting India's increasing interest in cinema despite the emergence of OTT platforms, the number of tickets sold by the top three multiplex chains in India in FY2019 rose 23 percent over the previous year to more than 200 million.

Amazon Prime Video doubled its subscribers in India last June, expanding its viewership in smaller towns and cities, and says that the light-hearted movie Gulabo Sitabo would be available for streaming in 200 countries.

However, the OTT release is likely to deprive the movies of its box office revenue.

© AP Photo / Rajanish Kakade
'Game-Changer' Move: B-Wood Biggie Amitabh Bachchan Starrer #GulaboSitabo to Release on Amazon Prime
Meanwhile, apart from the necessity at the moment, the film fraternity's transition to content streaming platforms also comes at the time when OTT platforms are witnessing an unprecedented expansion of their subscribers' base during the lockdown.

According to the Analysis Firm Velocity MR, over 75 per cent of Indians have purchased new subscriptions for over-the-top (OTT) platforms during the lockdown period. While Amazon Prime saw a 67 percent increase in subscriptions, it was 65 percent for Netflix.

Meanwhile, we are no longer seeing stars on big screen but at their homes, engaging in usual household chores. How is Bollywood going to resurrect itself post COVID-19?

"I am just waiting for it. It depends on content that appeals to the pan-India audience, which should do very well on the big screen worldwide also," Adarsh concluded.