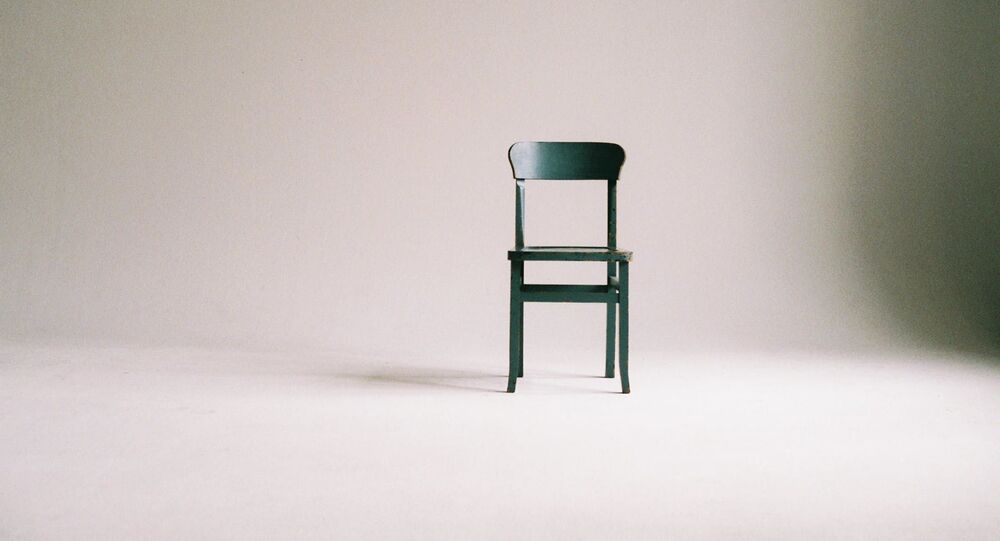 New Delhi (Sputnik): An extended lockdown has widely been recognised as not an economically feasible method to fight COVID-19. Therefore, countries are gradually inching towards lifting the restrictions, prompting workplaces to alter norms and adapt to new requirements to prevent the spread of the virus.

Indian Prime Minister Narendra Modi on Tuesday announced that the country will soon be rolling out guidelines for Lockdown 4.0 - a completely transformed system with new rules in place.

This comes amid an emerging phenomenon known as the "empty chair" economy. comprising new shift patterns at factories with offices operating at half strength and the promotion of virtual working.

DK Mishra, Economic and Budgetary Advisor tells Sputnik that the empty chair phenomenon is more likely to be prevalent in those areas where it is possible to have fewer people in offices.

"Ultimately, virtual working is going to become a high priority agenda for any country including India. However, you if want to see the impact of the empty chair economy phenonmenon in India, you'll have to divide the country into service, trading and manufacturing sector."

Acknowledging that India is not an advanced country as per the requirements of the working environment, except for the services sector which includes IT and telecom, Mishra said that these sectors will have to work with fewer people.

"So far as the IT and Telecom sector, or for that matter other service sectors which are tech-savvy are considered, they are already working at the level of 60-70 percent strength and will be impacted only by 10-20 percent. But other sectors which are not so tech updated will gradually reach up to 50 percent strength in September. These sectors will suffer 40-50 percent losses during the ease down period."

Rajan Mathews, Director General of Cellular Operators Association of India also spoke to Sputnik about the telecom operators in the in the country and why they will not be in a hurry to bring all the people back into the working environment.

"People are realising that we don't need many people in the offices. Clearly, social distancing will still be a norm for a particular period in our commercial environment and there will be pre-configuration of an empty seat in the middle."

Stating that the workplaces have learned that a lot of business can be carried out on applications like webex and so we don't need people concentrated in "offices" as much as we thought, Mathews added, "In last few months, we have learned to manage in such kind of distributed work environment."

Amid the crisis other sectors are set to witness in coming days, the states governments in the country have amended labour laws to boost incentives for the COVID-19 ravaged economy. These laws, opposition claims, will would make employees more prone to exploitation instead of providing them the sense of job security they need.

While Bharatiya Janata Party-ruled governments in Madhya Pradesh and Gujarat have increased working hours from 8 to 12 hours a day, Congress-led Rajasthan has done the same.

Get Used to New Workplace Norms

In anticipation of a further relaxation to kickstart economic activities, workplaces are gearing up to adapt and operate with new norms to make their offices COVID-19 proof.

While screening at the entrance of the office spaces, maintaining social distance, and use of masks are a no brainer, various firms are walking an extra mile to take precautions - with an emphasis on use of stairs; no get-togethers during lunch, and no sharing of personal belongings.

Harshvendra Soin, Chief People Officer, Tech Mahindra, an Indian IT multinational, tells Sputnik his company is trying to encourage the use of staircases among employees. In case of elevators, no more than 2-4 people will be allowed at a time.

Soin said, "We have also divided our office premises, buildings, and floors according to the number of employees in each building to ensure minimum risk. Alongside, one meter distance in queue is mandatory and for seating arrangements a six-feet distance between two associates will be maintained."

Mukul Shah, COO, and Co-Founder at Yolobus, inter-city transportation network start-up, told Sputnik that the company will be working with not more than 30 percent of current manpower and their policy for the post-COVID-19 workplace strongly prescribes no handshakes; and instead recommends greeting coworkers in the Namaste style.

"We also intend to continue to take all necessary precautions for a much longer duration integrating aspects like 'Social distancing'. Periodic medical check camps would also be conducted".

Lunch breaks may soon turn into a lonely affair with employees either finishing food at their desk or only with a limited number of people, maintaining six-feet distance. Also, there's no scope for borrowing belongings, be self-sufficient!

"Define your chair, don't use anyone else's chair, don't share food or snacks on the desks, keep sanitizing/washing your hands every few hours and sanitize your laptops, mobiles, and desks twice daily, is part of the advisory," stipulates the start-up yolo bus.