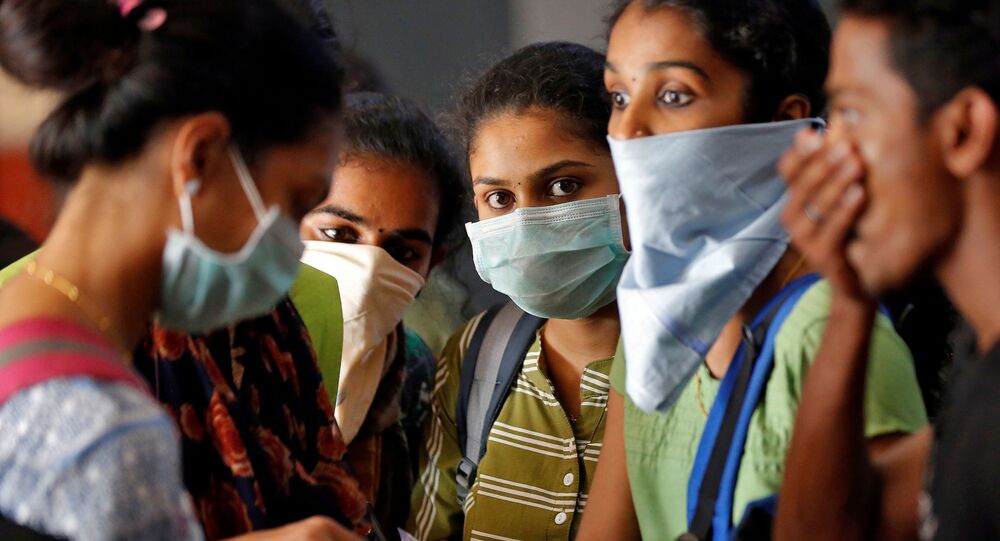 New Delhi (Sputnik): India has gone into a 21-day lockdown mode, with its 1.3 billion population forced to remain indoors as a measure to break the cycle of infection of COVID19. Locked up at home, people have ample time to practise their hobbies and learn new arts, which the federal government has decided to use to its advantage.

India’s federal Ministry of Human Resource Development (HRD) has plans to teach Indians basic communication skills in 21 regional languages as part of the 21-day-long national lockdown. Over 19,500 languages derived from 22 major vernaculars are spoken across the diverse regions of India. Department of Education is part of the Ministry of HRD.

“Ek Bharat Shreshtha Bharat” (One India Foremost India), an initiative under the Ministry of HRD, announced the plan on Twitter.

The “Ek Bharat Shrestha Bharat” or EBSB programme aims to enhance interaction to promote mutual understanding between the people of India's diverse array of linguistic regions.

Learn to pronounce one sentence in 21 different languages while you stay safe at your home #Aajkavakya for today is आपका शुभ नाम? which means what is your name in English. Click on the link and make your time at home interesting. https://t.co/H0zwYl4QTj#EkBhararShreshthaBharat pic.twitter.com/WU6SrPLElM

​As part of the programme, each day the EBSB will post #AjKaVakya (sentence of the day) in Hindi, translations of which would be posted on an EBSB web page in regional languages including Assamese, Bodo, Dogri, Gujrati, Kannada, Kahmiri, Konkani and Malayalam, among others.

​Netizens appreciated the initiative and began tagging their friends they thought needed to see the post while they stay indoors amid the Coronavirus scare.

Wow what an initiative

​Prime Minister Narendra Modi announced the 21-day-long lockdown, in a televised address to the nation on 24 March, as a "critical step in the decisive fight against the Corona Pandemic".

To date, India's federal Health and Family Welfare Ministry has reported the death of 17 people due to COVID19 infection. Currently, there are 724 confirmed cases in the country, which includes 47 foreign nationals.