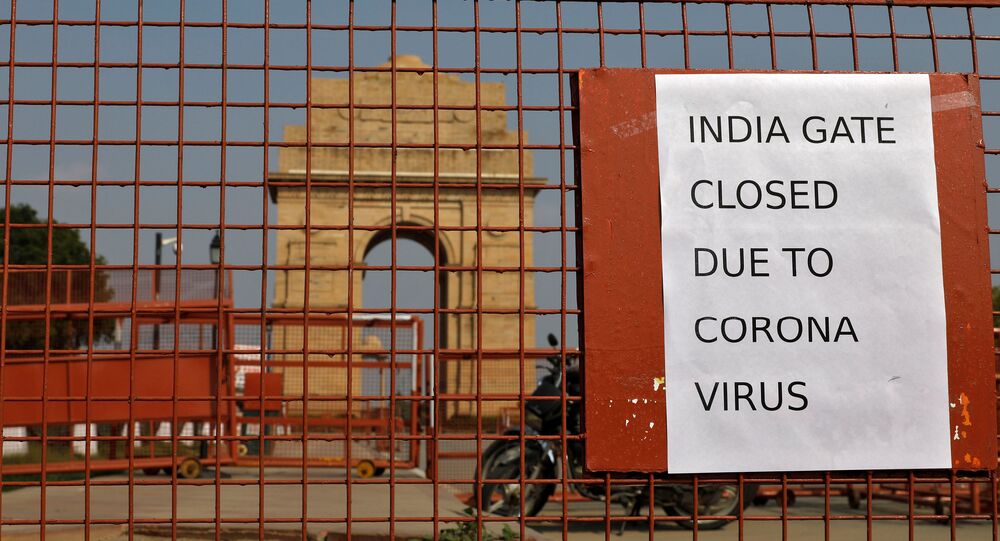 New Delhi (Sputnik): On Friday, Bollywood singer Kanika Kapoor took to her Instagram account and confirmed she had tested positive for the novel coronavirus, also known as COVID-19. The virus has infected over 275,000 people globally, as per Johns Hopkins University.

Amid concerns of having been infected with the novel coronavirus, several prominent Indian lawmakers, mostly from the governing Bharatiya Janata Party, are getting themselves tested and putting themselves under self-quarantine after attending a party with singer Kanika Kapoor, who confirmed her diagnosis on Friday.

As per videos and pictures from the party that took place last week, prominent lawmakers like Uttar Pradesh Health Minister Jai Pratap Singh, Member of Parliament Dushyant Singh and his mother, and former state chief of Rajasthan Vasundhara Raje were also present at the event.

This was a “Phool Ki Holi” party at UP Lokayukta Justice (retd)Sanjay Mishra’s Residence in Lucknow.

President of India Ram Nath Kovind has also decided to get tested for the virus as Dushyant Singh was part of the delegation that attended an event at President House on 18 March.

“The necessary precautions as advised by doctors are being taken and the president doesn't have any appointments in the next few days", sources from Rashtrapati Bhawan said on Saturday.

Dushyant Singh, who has gone into self-isolation, also attended a parliamentary session and came in contact with several other parliamentarians.

It is feared that several lawmakers have caught the coronavirus from Dushyant Singh who was present at the party and since attended a parliamentary committee meeting.

Officers of the Ministry of Civil Aviation who attended the Parliamentary Standing Committee meeting on 18/3/20 and came in close proximity with referred Hon’ble Member of Parliament have gone into self quarantine from Friday evening as a precautionary measure.

Speaking to Sputnik, a media official who had attended the presser organised by Jai Pratap Singh said that looking at the situation globally the presser should not have been called.

"We as individuals are taking all the precautionary measures and have quarantined ourselves after attending the presser. All we are waiting for is Singh's COVID-19 test reports", said the media official.

Uttar Pradesh police have since booked singer Kanika Kapoor for negligence and disobedience to the order issued by a public servant.

The case was registered based on a complaint filed by Lucknow's chief medical officer.

According to the health officials, it is suspected that she returned from the UK and hid her travel history from the authorities.

India has witnessed a sharp jump in coronavirus cases over the past two days. The country’s premier lab ICMR confirmed 271 positive cases in India on Saturday, while the day before, on Friday, a total of 62 new cases were confirmed by the authority — the highest one-day spike yet.