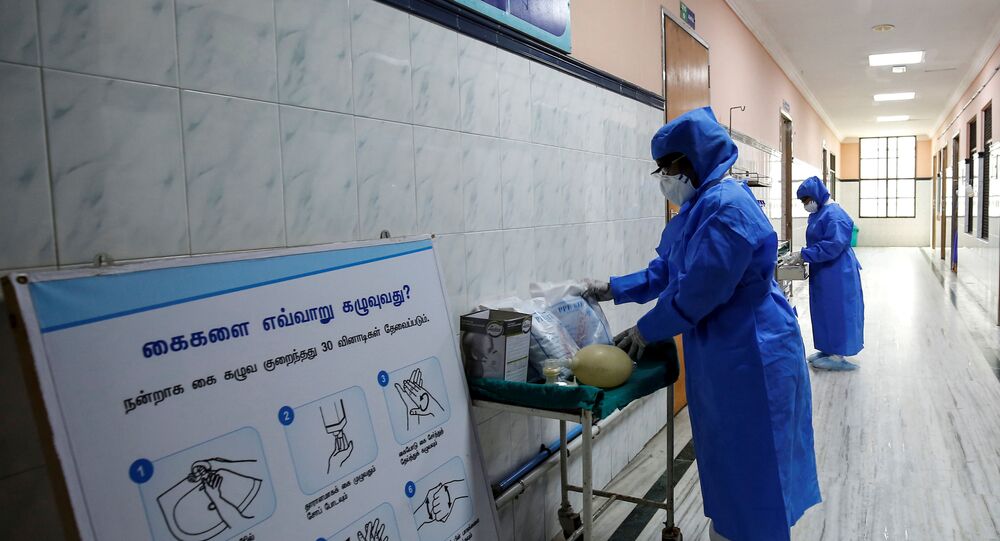 New Delhi (Sputnik): The Indian Health Ministry said on Wednesday that the number of coronavirus cases in the country had increased to 28. The ministry is also working out a plan with the concerned authorities to evacuate Indians from Iran, which has also been affected by the virus.

India's Health Minister Harsh Vardhan said on Wednesday that the country will set up a test lab for the coronavirus in Iran to bring back Indians from the country.

“We have already sent one Indian scientist and three others will leave for Iran on 4 March. If the Iran government cooperates, we would set up a testing facility Iran for which the equipment are ready to be sent”, the minister said.

The minister also confirmed that the number of coronavirus cases in the country had surged to 28.

Informing that most of them belong to an Italian group of 23-24 tourists, which arrived in India on 21 February when Italian nationals weren’t part of universal screening, the minister stated that other cases have also been reported in Delhi (1), Uttar Pradesh’s Agra city (6) and Telangana (1).

Meanwhile, the group of Italian nationals, which includes one Indian guide, has been quarantined at an Indo-Tibetan Border Police (ITBF) facility in Delhi and is being monitored.

Minister Vardhan also informed that from now on, all flights and passengers will be part of universal screening at international airports, in contrast to the previous norm where people returning from 12 countries were subjected to screening.

Meanwhile, stating that experts have asked people to refrain from large gatherings, Indian Prime Minister Narendra Modi tweeted on Wednesday that he would not participate in programmes associated with Holi – a festival of colours in India.

Experts across the world have advised to reduce mass gatherings to avoid the spread of COVID-19 Novel Coronavirus. Hence, this year I have decided not to participate in any Holi Milan programme.

Holi is a very important festival for we Indians but in the wake of Coronavirus, i have decided not to participate in any Holi Milan celebration this year.

I also appeal everyone to avoid public gatherings and take a good care of yourself & your family.