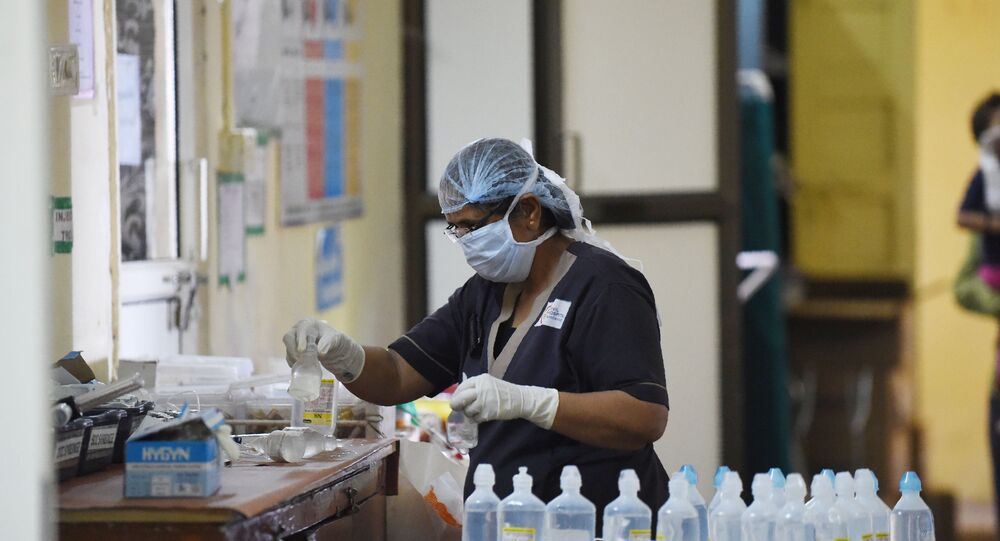 New Delhi (Sputnik): Swine flu has reared its head in India amid the diagnosis of nineteen fresh coronavirus cases in the country in the last 24 hours. The northern Indian state of Uttar Pradesh is currently grappling with an outbreak of the swine flu, also known as H1N1.

While the whole world is monitoring the spread of the novel coronavirus, the northern Indian state of Uttar Pradesh is currently grappling with an outbreak of the swine flu, also known as H1N1.

Nine people have lost their lives to swine flu in the state, with health officials pointing out that 81 people have tested positive for the H1N1 flu.

Raj Kumar, the chief medical officer from Meerut, told Sputnik that out of 81 people testing positive for swine flu so far, 20 are soldiers from the Provincial Armed Constabulary (PAC) in Uttar Pradesh.

He added that 10 of these personnel have been discharged after receiving treatment, 10 others will be released in a few days. The official said that while swine flu cases have been reported in other parts of the state as well, Meerut is the worst hit by the swine flu.

A team from the Uttar Pradesh Directorate of Health Services visited Meerut on 29 February in light of the increasing cases of the H1N1 virus.

With this India is staring at a double whammy as the H1N1 flu outbreak comes when the country has reported 19 fresh cases of the novel coronavirus in the last 24 hours.

Seventeen of these cases are of Italian tourists in India who tested positive and have been quarantined at an Indo Tibetan Border Police (ITBP) facility in Delhi.

The other two cases are from the national capital Delhi and southern Indian state of Hyderabad who have a travel history to the affected countries.

All infected people have been kept in isolation wards and are said to be stable. Previously, India had reported three cases of coronavirus in the southern Indian state of Kerala.

The outbreak of the deadly novel coronavirus (COVID-19) was first witnessed in the Chinese city of Wuhan in Hubei Province. Confirmed cases in mainland China have now reached 80,270 and the virus has claimed 2,981 lives so far in China.