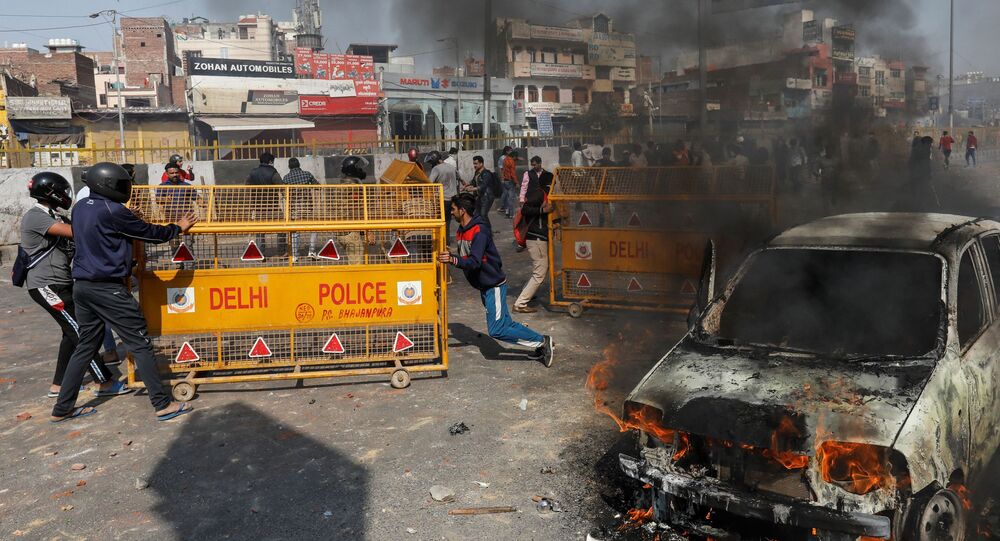 New Delhi (Sputnik): India’s amended citizenship act , which was introduced in December 2019, has led to nationwide protests, which have resulted in dozens of deaths throughout the country; over 40 were killed amid riots in Delhi alone last week.

Delhi Police have imposed new prohibitions in the city's Shaheen Bagh neighbourhood, where Muslims and others have been demonstrating against the nation's revised citizenship law since December 2019.

Following the violent inter-community clashes between anti-citizenship law and pro-citizenship law demonstrators in Delhi’s northeast district, police have demanded that the protesters clear the site.

Police have said that if the protesters refuse to clear out on Sunday, the authorities would resort to more coercive measures.

Delhi police have deployed extra security personnel in Shaheen Bagh as a precautionary measure, as a right-wing group has threatened to retaliate if the protesters refuse to clear the road immediately.

In last week’s violence, 42 people died and another body was recovered from the drain in the Gokulpuri area of northeast Delhi on Sunday morning.

While the authorities are claiming that the situation is under control, there are still reports of targeted killings coming from the violence-hit area. More than 200 people were injured and several houses, shops, vehicles, and houses of worship were set on fire.

The Muslims in India fear that law is targeted at them, aiming to strip them of the Indian citizenship, hence they have been demanding that the law be repelled.