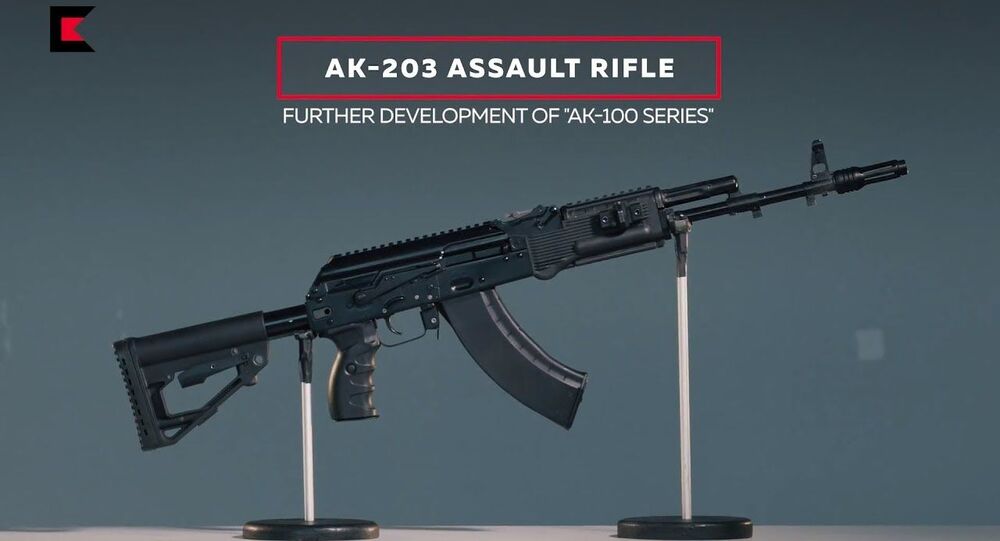 New Delhi (Sputnik): Russian assault rifles will replace the country’s home-made and outdated INSAS rifle. The Indian Army has previously made several attempts to replace the rifle but failed.

India and Russia are set to sign the final commercial contract for the purchase of the AK-203 assault rifle soon with all price issues now finalised, according to an Indian Army official.

“Most of the contentious issues are resolved. We will decide on price bid very shortly,” the official who wished to remain unidentified told Sputnik on Thursday.

The official said the infantry division has identified a total requirement of 670,000 AK-203 rifles for the army including 100,000 imports while the rest will be manufactured at the Indian facility.

“There will be certain numbers which will come as semi knocked down kits and subsequently we will looking at developing weapons here in India both for the indigenous requirement within India as also with the capability to export them subsequently,” Major General J.S. Sandhu, chief of Infantry, Indian Army, said.

Sandhu said there is a transfer of technology incorporated in the deal and it is expected that a large part of the requirement will be fulfilled by manufacturing rifles in India.

Each rifle is expected to cost around $1,100 which includes the cost of technology transfer and of setting up the manufacturing unit.

The AK-203 is the latest and most advanced version of the AK-47 rifle which will replace INSAS. Indian security personnel had often complained in the past of jamming, magazine cracking etc. at higher altitudes in the Himalayas.