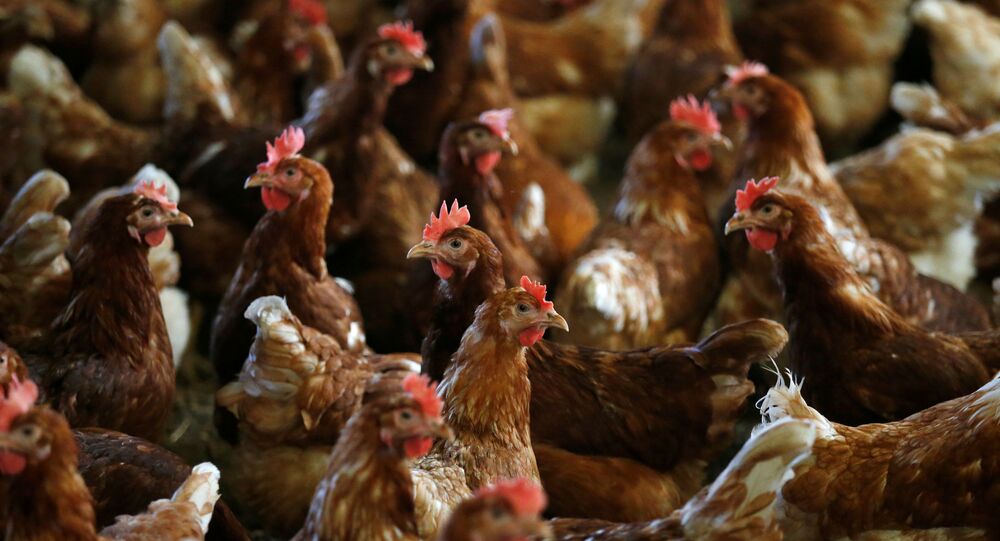 Ahead of US President Donald Trump's India visit on 24-25 February, chicken legs and dairy market access are the key issues on which the fate of India-US free trade agreement depends.

Sources in the Indian Commerce Ministry have pointed out the US is demanding a significant tariff cut on exports of chicken legs to India.

Yet another US demand to be discussed by the two nations, is access to the Indian dairy sector.

The Indian side, however, is concerned about the fact that US bovines are fed the meat and tissues of cows and dairy products from such farms, may not suit the Indian cultural ethos, with New Delhi insisting on safeguards and quotas.

© REUTERS / Eduardo Munoz
India in Trade Surplus With America as US Industry in Decline - RSS Ally Ahead of Trump Visit
Ahead of Trump's visit, US Trade Representative Robert Lighthizer was expected to visit India to finalise the deal, but that visit might now be ruled out.

The Indian Commerce Ministry has not cited any official reasons behind Lighthizer not visiting India, but it is believed that a "limited trade deal" may be behind it.

Lighthizer has held several rounds of talks with Indian Commerce Minister Piyush Goyal over the phone.

The Indian side has maintained that despite ongoing negotiations, the country is not in favour of rushing through a deal. A deal will be signed by India only if it benefits the country.

India withdrew from the deal as China did not agree on India's demands for rationalising non-tariff barriers. New Delhi had been seeking open market access for Indian goods in China and a safety mechanism against import surges from Beijing, which was also demanding entry into India's dairy market, to which it did not agree.