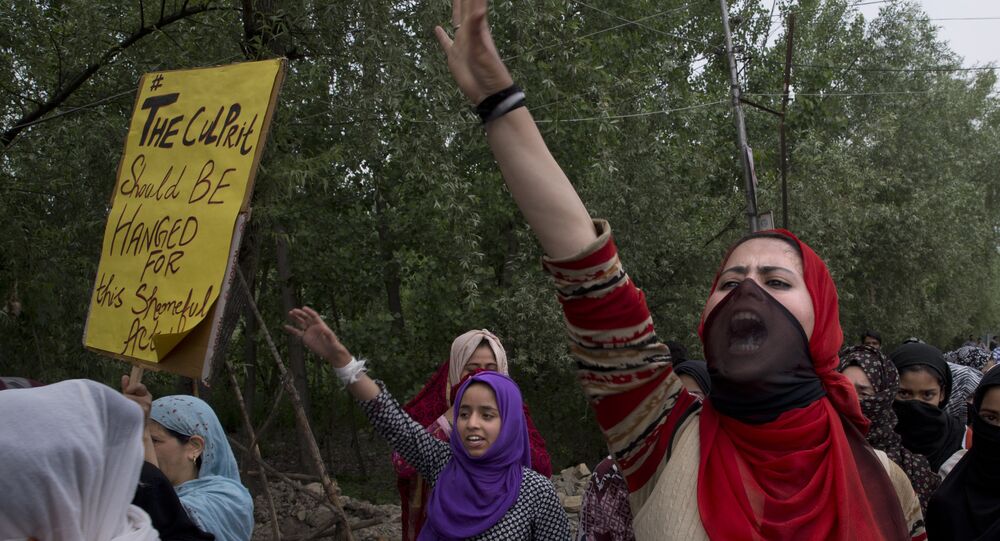 New Delhi (Sputnik): Earlier last week, a 25-year old man allegedly raped a five-year-old minor in the staff quarters of the US embassy in New Delhi. Shocking incidents like this have been on the rise in India.

In a bid to make sure women are safe, the Chief of Andhra Pradesh Jagan Mohan Reddy has inaugurated the state's first special police facility, known as a “Disha Police station”, to help victims get justice within 21 days of lodging their complaints by completing investigations in seven days and arranging trials in 14 days.

To fast-track the process, “Disha”, which means “direction”, will also be powered by a mobile app which will allow women in distress to reach out for help.

In the coming days, a total of 18 “Disha” police stations will be set up across Andhra Pradesh.

Since morning, #DishaPolicceStation has remained a top trending hashtag on Twitter in India with netizens applauding the state’s initiative.

The inauguration of #DishaPoliceStation & launch of Disha App are historic steps towards the safety of women in AP. In times of distress, women can easily get in touch with concerned officials. The AP Govt is striving to eradicate crimes against women.#YSJaganLaunchesDishaApp pic.twitter.com/GWeWiMfH7j

The inauguration of India’s first-ever #DishaPoliceStation dedicated to women & the
launch of Disha App are important milestones in our journey towards a safe & secure
Andhra Pradesh. Urging all women to download the app and share it with others.@ysjagan#YSJaganLaunchesDishaApp pic.twitter.com/PUi4Ldgjj3

Great steps have taken towards making AP safe for women; India's first-ever#DishaPoliceStation has been inaugurated. Using the newly launched Disha App women
in distress can send a distress signal to the police by just shaking their mobile phones!#YSJaganLaunchesDishaApp pic.twitter.com/asMCoKSadR

#DishaPoliceStation will deal exclusively with women’s issues and all their problems will be solved within 21 days from the day of the incident. To ensure justice and instil confidence among women, the govt brought Disha Act following which case proceedings will be completed,1/2 pic.twitter.com/487PtZn8BN

​India is currently struggling with rape cases which often end in long and emotionally distressing trials that can stretch on for years.

For instance, in the minor's rape case that happened in the grounds of the US embassy in Delhi, the accused is currently facing a death penalty. However, the trial timeline remains unclear.

In December 2019, local police in Telangana state shot dead four alleged rapists in an “encounter” after they raped and burnt a 26-year old woman in November.

In 2012, a group of six men brutally assaulted and raped a young woman in a moving bus in the suburbs of New Delhi. The shocking case came to be infamously known as the Nirbhaya gang rape case of 2012. The the guilty parties in the case have been sentenced to death.