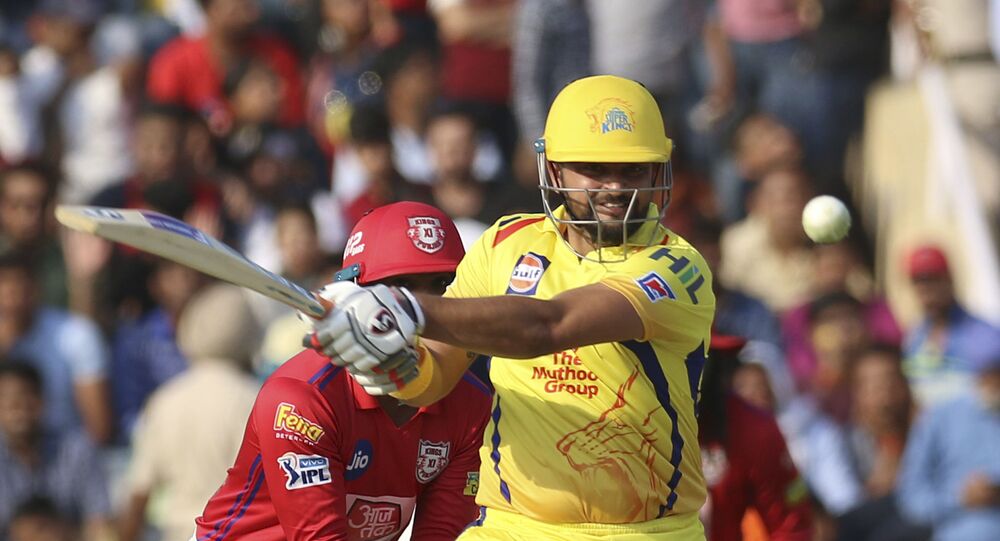 New Delhi (Sputnik): Indian cricketer Suresh Raina is known for being a hard-hitting left-handed middle-order batsman. Raina has also doubled as an occasional off-spin bowler, and was part of the Indian squad led by Mahendra Singh Dhoni that won the World Cup in 2011.

Suresh Raina last played for India against England in 2018 and took a break because of certain health issues and growing competition for the Number four position from Vijay Shankar and Rishabh Pant in the team, but said he was only focusing on being constructive and now looks forward to returning to the field.

“I’ve always been a very positive person in life; all I have been focusing on is being constructive. I have worked on my health and have been exercising to remain fit for the coming matches. It is imperative that your mind and body function together while you strive to improve yourself. I have spent time learning new skills, and spent time cooking, which is one of my hobbies, and of course spent time with my daughter and wife," Raina told Sputnik when asked what he learned while staying away from the limelight.

Raina was one of the pillars of India's batting order after cricketer Yuvraj Singh took a break from the sport due to cancer. His performance of 284 runs, including one century at the 2015 World Cup, received a lot of applause. However, his batting form started going through a bad pitch following the World Cup match, and then his health started to worsen. His fourth position in the team was taken over by players like Kedar Jadav.

However, the cricketer is not losing hope and has some word of wisdom for aspiring cricketers.

© CC BY 2.5 / Marie-Lan Nguyen / A Gunn & Moore Flare DXM bat (Harrow size) and a Gunn & Moore Purist 156g cricket bal
Cricket and Films are the ‘Uniting Religion’ of India, Bollywood Celebrity Ajay Devgn Says
“Hard work and continuous self-improvement is something that always pays off. Be open to learning new techniques and strive for a better version of you in these times of massive competition and changing pressure dynamics. Keep your calm and composure together and always give your 100% to reach a level from where there is no coming back,” Raina said when asked about his thoughts on emerging and aspiring cricketers.

Although Raina is waiting to make his comeback to the national side of the Indian team, he has kept himself busy with his entrepreneurship skills: along with his wife Priyanka, he has forayed into the baby care market with their new brand Maaté, which offers premium natural baby care products.

Maaté means mother in Sanskrit, and the brand captures the spirit of maternal care and the role of Mother Nature as part of its core philosophy. It uses only the purest natural ingredients, as they believe in maintaining a toxin-free body and planet.

"For a father, daughters are god’s gift. Like every parent, I was very protective of my child, and with Priyanka always being so cautious about what she’s giving to the baby, I learned a lot of things regarding parenthood. For us, it was more about giving the child the best of what nature has to offer and something authentic that we could trust upon."

“Maaté was born out of that need, the authenticity that parents need and desire to trust. Maaté products are an expression of our admiration for every mother who nurtures her baby with tender love and care. The brand was founded with the philosophy of our tribute to nature and her power of sustenance,” he added.