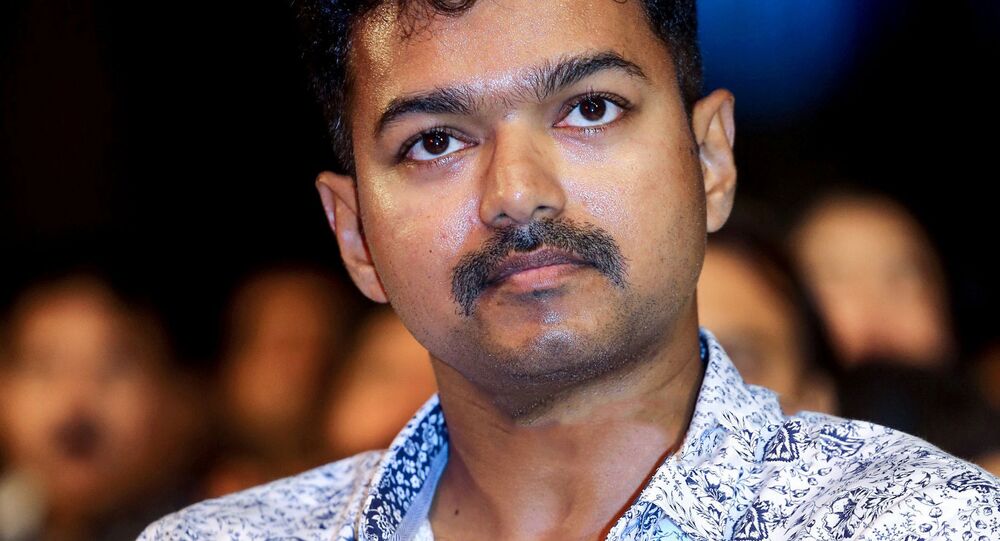 New Delhi (Sputnik): Indian tax authorities on Wednesday raided the premises of a leading cinema group in Tamil Nadu as part of a probe into a film finance scam.

The residence and business premises of AGS Cinemas and film financier Anbu Cheliyan were raided following complaints of tax evasion relating to their 2019 release “Bigil” which starred Vijay.

“We had issued Vijay summons over the income following the success of the movie. We questioned him about the amount he charged for the movie. While we are conducting raids at more than 20 premises across the state,” an official said.

According to reports, this is the second time that Vijay has been questioned by Income Tax officials.

"This is the second time Vijay is being questioned by I-T sleuths – he was last interrogated in 2015," the Deccan Herald reported on Wednesday.

Earlier in 2017, the BJP, which is an opposition party in Tamil Nadu, opposed Vijay’s film Mersal for containing dialogue critical of the national government's Goods and Services Tax (GST) and demonetisation.