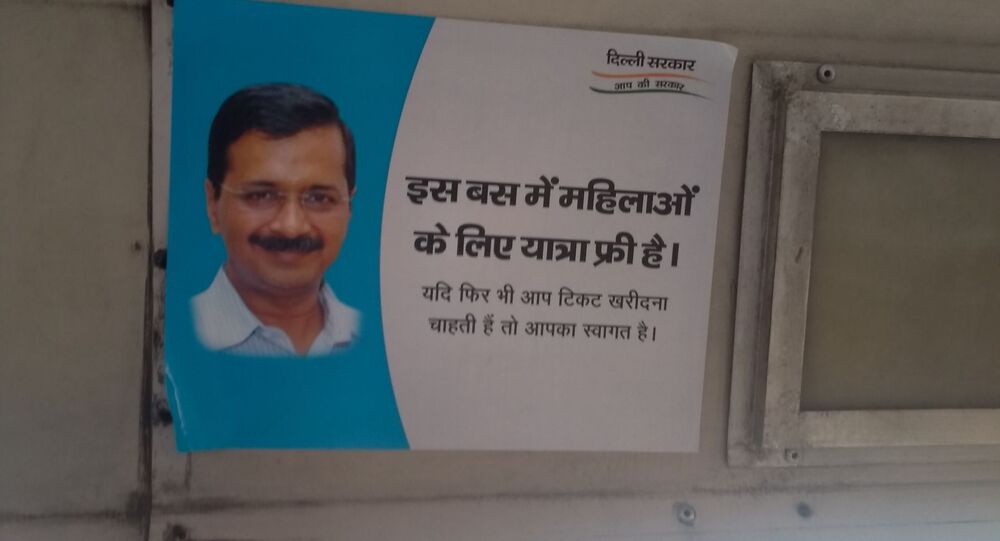 Delhi State chief Arvind Kejriwal said on Wednesday that a severe punishment should be given to the young shooter if he’s linked to Delhi's ruling AAP.

The youngster Kapil Gujjar has been held after opening fire near an anti-citizenship protest site at Shaheen Bagh.

“BJP is using Delhi Police. It's their political stunt before polls. If Kapil has links with AAP, he must be given stringent punishment,” Kejriwal told Indian media agency ANI on Wednesday.

Gujjar was arrested by Delhi Police on 1 February after firing two rounds in the air at Shaheen Bagh. The police claimed that the shooter had joined the AAP in 2019.

“During our preliminary investigation, we found some photos from Kapil's phone that establish that he and his father joined AAP a year ago. This was later disclosed by the accused himself,” police had told media on Tuesday.

The Bharatiya Janata Party’s (BJP) Federal Minister Prakash Javadekar has termed Kejriwal a terrorist and accused him of supporting protests at Shaheen Bagh, where demonstrators have been blocking a key road for the past 50 days.

The AAP has claimed the opposition party BJP is polarising the voters as it has no other election message.

“We have asked India’s Home Minister Amit Shah to facilitate the re-opening of the key road that anti-CAA protestors are blocking. But why isn’t Shah, who is the most powerful man in the country, not working towards re-opening of that road?”, Kejriwal asked.

In total, three incidents of firing were reported near the anti-CAA protests.

One took place at Jamia Nagar where a school student fired gunshots in the Jamia Nagar area of southeast Delhi, injuring a protestor on 30 January. In a separate incident, Kapil Gujjar was held in Shaheen Bagh after firing in the air. Both were immediately taken into police custody.