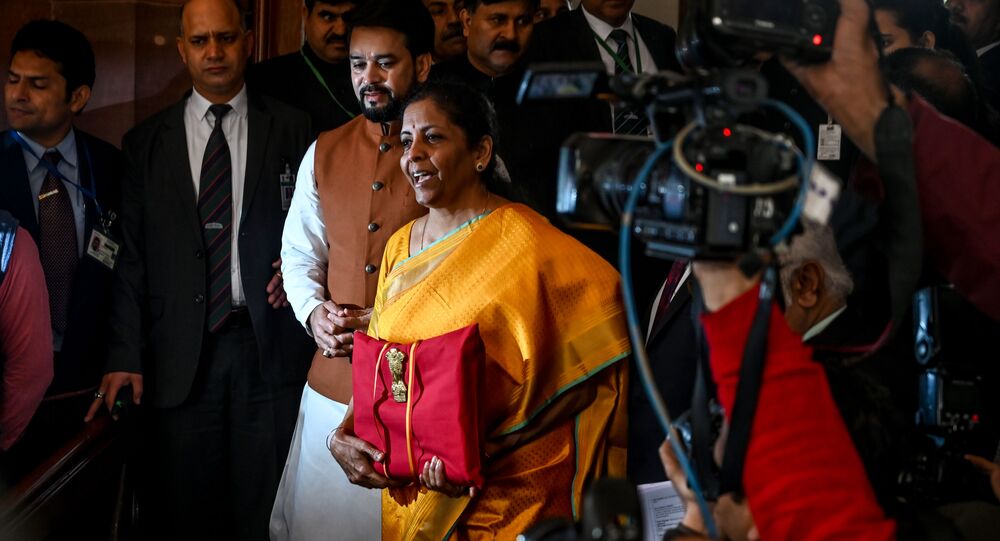 The new national budget has seen the axe fall on many a pet project and Indian Prime Minister Narendra Modi is no exception after his dream scheme for providing mediclaim benefits to the poor was unable to receive the financing it requires.

While presenting the national budget, Finance Minister Sitharaman almost halved the allocation for Ayushman Bharat – India’s flagship health insurance scheme which was launched by Prime Minister Modi in 2018 and touted as a game-changer for public health.

Indu Bhushan, the chief executive officer of the National Health Authority which implements the Ayushman Bharat scheme, told Sputnik that there was a simple explanation: “The revision in allocation is because the previously allocated funds could not be used. They could not be used because four states are not a part of the scheme yet. So, there is nothing much to read in the cut to the allocation for the current financial year.”

Bhushan added the amount which could not been used on account of States not participating, has been transferred back to the central government for use in other schemes. The states that have not yet participated in the scheme are Delhi, West Bengal, Telangana and Odisha.

These states are all non-BJP ruled states and ruled by various opposition parties. However, while they account for only 20 percent of the beneficiaries covered under the scheme, the allocation has been reduced by half.

According to the National Health Authority – the body in charge of implementing the flagship health insurance scheme, a total of 120 million electronic health cards have been issued to beneficiaries.

Also, 8.1 million poor people have received free treatment under the scheme in 21,000 hospitals. The scheme aims to cover at least 100 million families in the country.

Apart from Ayushman Bharat, allocation for other centrally-sponsored social sector schemes has also been pruned in the revised estimates for the current financial year (2019-20). According to Budget documents, out of 24 centrally-sponsored schemes, 18 have been downsized.

For instance, Prime Minister’s rural roads scheme has seen a cut in allocation to $1.97 billion in the revised estimates for 2019-20 against the original budget target of $2.67 billion.

The purpose of the scheme is to construct metalled roads in the rural hinterlands of the country. Similarly, allocation for mid-day meals, a school-meal programme of the government to encourage parents to send their children to school, has also been cut from $1.54 billion to $1.39 billion.

Swatchch Bharat (Clean India) – yet another flagship programme launched by Prime Minister Narendra Modi -  has been reduced by $422.5 million in the current financial year.

Allocation for the Irrigation Scheme  has been revised to $1.11 billion against a budget target of $1.36 billion.

Yet another major scheme that has seen a mega cut is integrated child development programme, which focuses on alleviating child mortality and malnutrition and ensuring psychological, physical and social development.

The scheme, launched in 1975, covers 158 million children in the age group of 0-6 years. Allocation of funds for the scheme has been revised to $3.51 billion against original estimate of $3.88 billion. Other social sector schemes such as women empowerment, jobs and skill development have also seen a reduction.

The scheme which has seen a significantly high allocation in the revised estimates for the current financial year is Mahatma Gandhi National Rural Employment Guarantee Scheme (MGNREGS), which guarantees 150 days of work a year in rural area.