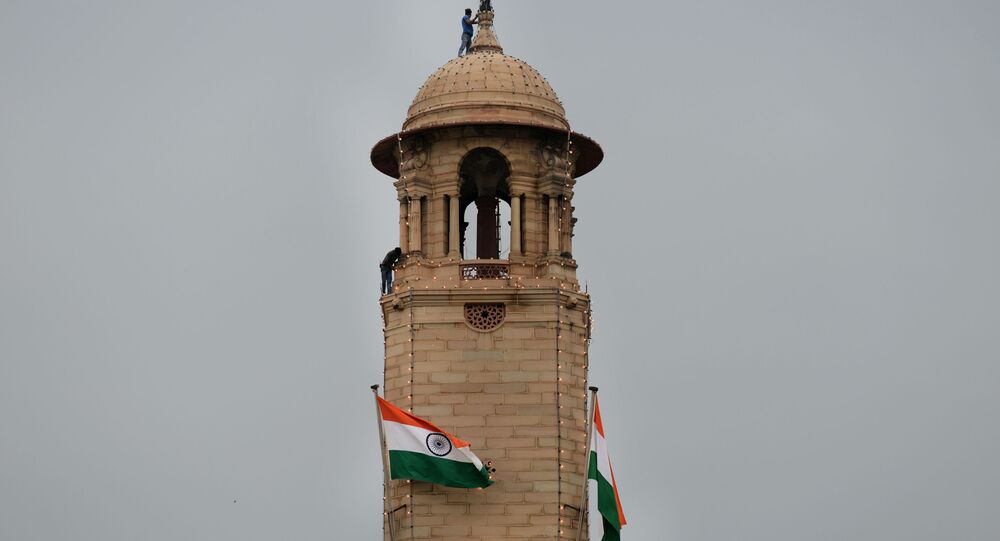 New Delhi (Sputnik): In October last year, the Indian government offered vast corporate tax relief to industries. Even though the government attempted to align the country’s corporate tax rates with global ones, it faced a lot of criticism as it lost out on tax revenues worth $20.42 billion in the current financial year.

In an endeavour to provide some succour to the common man, Indian Finance Minister Nirmala Sitharaman on Saturday offered the option of lower tax slabs to individual taxpayers in the annual budget for 2020-21.

Opting for a lower tax slab would mean opting out of exemptions that help saving upon the taxes.

The move translates into a grand sum of Rs. 40,000 crore ($5.59 billion) being saved in the hands of about 60 million direct tax assessees in the country.

During her budget presentation in the parliament, Sitharaman claimed that under the new tax slabs, a person earning 1.5 million rupees ($21,127) annually would be able to save Rs.78,000 ($1,100) annually. The earlier tax slab also continues to exist with the choice to opt vested with the tax payers.

Annual earnings above 1.5 million rupees will attract a tax rate of 30 percent in both sets of direct tax slabs.

The new tax rates are optional, though.

In her budget speech, Sitharaman said, “The new tax regime shall be optional for the taxpayers. An individual who is currently availing more deductions and exemptions under the Income tax Act may choose to avail them and continue to pay tax in the old regime”.

Reacting to the introduction of new optional tax slabs, Congress politician Shashi Tharoor told Sputnik: “I think the one positive we are seeing is that people earning up to Rs 12.5 lakh ($19,537) is a real significant tax break. The impact of this scheme will be known only when individuals will actually avail on this tax break”.

“Apart from this, I am afraid there is nothing much in this budget”, Tharoor added.

Sitharaman said that the government is committed to safeguarding the deposits made by the common man in banks.

“I wish to inform this august House that [a] robust mechanism is in place to monitor the health of all Scheduled Commercial Banks and that depositors’ money is safe. Further, the Deposit Insurance and Credit Guarantee Corporation has been permitted to increase deposit insurance coverage for a depositor, which is now Rs one lakh ($1,408) to Rs five lakh per depositor”, Minister Sitharaman stated in the parliament’s lower house, the Lok Sabha, during the budget speech.