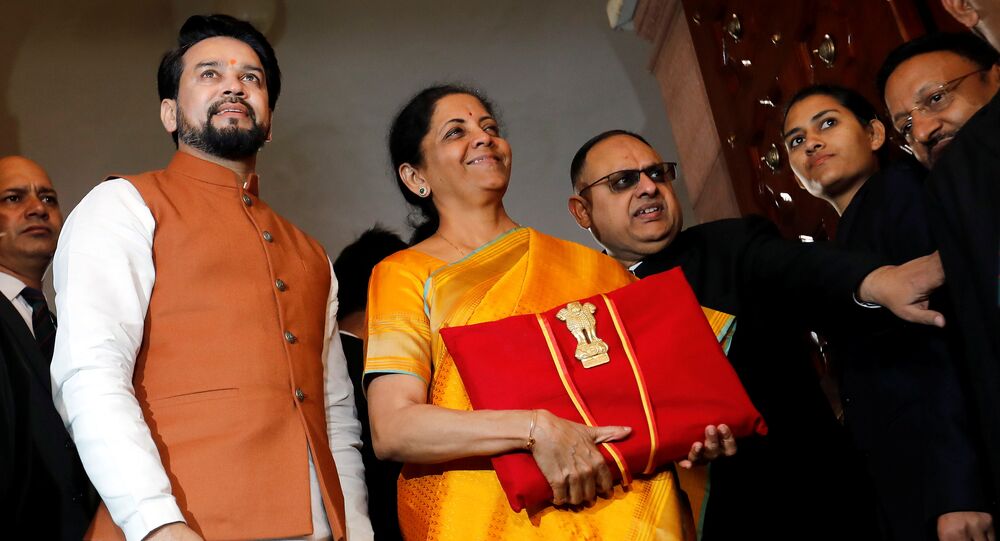 New Delhi (Sputnik): Be it the Bronze-age Harappan civilisation or recollection of a famous southern Indian poet’s teachings on political and economic matters, Indians who tuned in to listen to Finance Minister Nirmala Sitharaman’s budget speech for any relief in view of a struggling economy, got a complementary dose of history and culture.

While presenting the budget for 2020-2021 on Saturday, Indian Finance Minister Nirmala Sitharaman opted to showcase how the federal government’s vision is in tandem with the ancient history and ethics of Indian culture and civilisation.

In the middle of her record-breaking budget speech in Parliament, the minister opted to add some flavour from India’s culture and ancient wisdom, and what appeared to steal the show was her recital of a verse in the Kashmiri language that figuratively invoked the Kashmir Valley and the election symbol of the federal governing  Bharatiya Janata Party (BJP).

It translates as “Our nation is like a blooming garden of flowers, like a lotus blooming in Dal lake of Kashmir… Everything we do, all of us do, is for this beautiful country".

In response to the recitation, excited parliamentarians started thumping their tables.

Earlier, talking about “aspirational” India, its economic development and a caring society, Sitharaman started the economic aspect of her speech by recalling the ancient Saraswati-Sindu Civilisation (Harappan Civilisation) of 3,300 BCE, pointing out how Indians even at that point had rich skills in metallurgy and trading.

The impatient opposition interrupted her speech, as she went into the specifics of India’s former glory to highlight how entrepreneurship has always been the strength of India.

She recited his verse in Tamil, explaining the jewels of a good country: health, wealth, good harvest, happiness, and security. With this, she proclaimed that national security is the top priority of the government.

“These five jewels are the ones that Prime Minister Narendra Modi is now addressing…”, she announced.