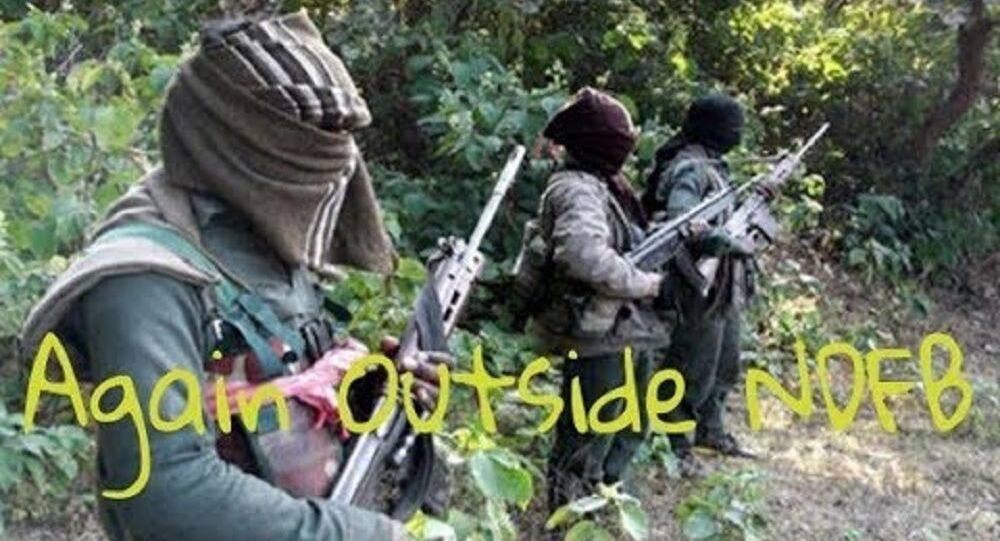 New Delhi (Sputnik): The Indian government on 27 January struck a peace deal with the country’s northeast region-based insurgent group the National Democratic Front of Bodoland (NDFB), which was demanding a separate state for Bodos, the largest ethnic group in the region.

A total of 1,615 members belonging to different factions of the National Democratic Front of Bodoland (NDFB), a banned militant group, laid down their arms at a ceremony in the north-eastern state of Assam on Thursday.

Assam: 1,615 cadres of different factions of National Democratic Front of Bodoland (NDFB) laid down their arms at a ceremony in Guwahati. The Government of India had signed a tripartite agreement with NDFB groups & the Assam Government on 27th January in Delhi. pic.twitter.com/rqKWs0T21p

On Tuesday, Sarma announced more than 1,500 cadres of all four factions of NDFB would surrender on 30 January.

To celebrate the signing of the peace accord Assam state will organise a function on 7 February, which Prime Minister Narendra Modi and Home Minister Amit Shah are expected to attend.

Celebrations took place outside the Indian parliament and in Assam after the tripartite agreement was signed. All Bodo Students’ Union (ABSU), which spearheaded the demand for a separate state, was also a signatory to the pact.

After the deal was signed on 27 January, Home Minister Shah announced financial aid of $211 million, saying that the deal would bring economic and political benefits for the Bodos, the largest tribal community in the state comprising 5-6 percent of the population.

Indian Prime Minister has termed the signing of the agreement as “historic”, adding the government would ensure the welfare of the Bodo community.

“After signing this historic agreement with Bodo organizations, foremost priority of our govt is development of Bodo areas. Work has begun on a comprehensive Rs 1500 crore package. Our special focus will be on ease of living and ensuring that Bodos benefit fully from govt schemes,” the Prime Minister tweeted.

The Bodo insurgency that began in 1947 is a struggle for ethnic and cultural preservation as they alleged that they were neglected by the non-tribal population of Assam. The armed movement sought better social, political and economic conditions for the tribesmen.