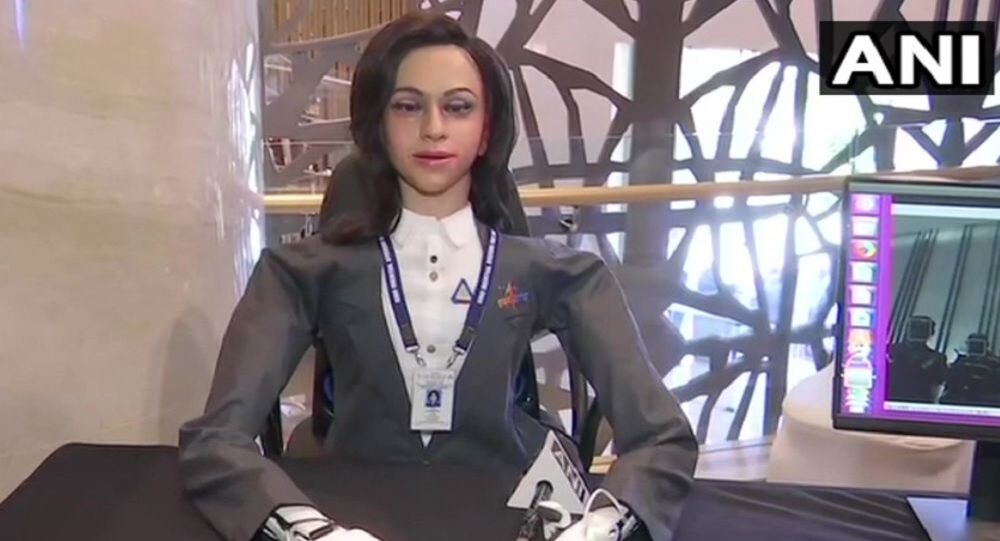 New Delhi (Sputnik): India is preparing for its manned space mission Gaganyaan which will be a weeklong operation to be carried out in January 2022. During this year’s Independence Day address, Prime Minister Modi announced the mission, which will cost $1.31 billion.

The ISRO, India's space agency on Wednesday unveiled “Vyommitra”, a talking humanoid-robot for the Gaganyaan mission. The humanoid’s prototype will be part of the test flights that will be undertaken before the launch of India's maiden human-crewed spaceflight mission.

'Vyommitra', the humanoid for #Gaganyaan unveiled; This prototype of humanoid will go as trial before Gaganyaan goes with Astronauts @isro pic.twitter.com/77qpeE7SUw

“Vyommitra” can talk, recognise other humans, mimic what they would do in space, converse and reply to various queries as well.

Developed by the Indian Space Research Organisation (ISRO), Vyommitra was unveiled at an event in Bengaluru where it addressed the reporters as: "Hi, I'm Vyommitra the first prototype of half-humanoid".

According to an ISRO scientist, it is being described as half-humanoid for not having legs as human beings have.

“It can only bend side-wards and forward. It will carry out certain experiments and will always remain in touch with the ISRO command centre,” India Today news website quoted ISRO Scientist Sam Dayal as saying.

It will be sent to space later this year when the ISRO launches uncrewed flights to space as part of the Gaganyaan project.

The ISRO has set up a “Human Space Flight Centre” in Bengaluru city in Karnataka state. The agency will conduct two unmanned missions before the actual operation to ensure the safety and security of the future crew.

Indian Prime Minister Narendra Modi announced the Ganganyaan project last year during his Independence Day speech on 15 August, stating that the project will take off in the 75th year of India's Independence.

Raja Chari to be 1st 'Indo-American Man' in Space