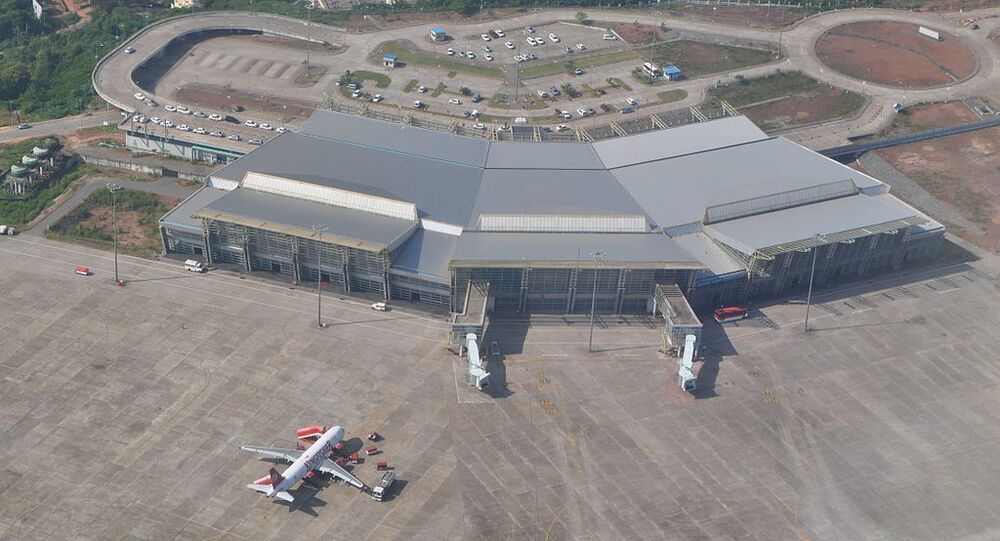 With Indian Security Agencies on High Alert, Passenger Who left Bag with IED at Airport Surrenders

New Delhi (Sputnik): Security agencies are on high alert across the country and intelligence agencies are carrying out searches for suspected members of terror organizations, who might try to carry out subversive activities ahead of Republic Day on 26 January.

A man, who allegedly planted explosives at Mangaluru International Airport in the southern state of Karnataka, surrendered to police in the state capital Bengaluru on Wednesday morning.

The accused has been identified as Adithya Rao, who reached the office of director-general of police around 0800 Hrs IST. Rao confessed that he planted the explosives on airport premises as an act of revenge on airport officials for rejecting him for a security officer's job in 2018.

Rao said he saw the news about explosives being found at the airport in the papers and saw regional tv channels airing his images on CCTV camera. He realised that police were zooming in on him as a suspect. An engineering graduate and holder of a postgraduate degree in business administration, Rao was said to have prepared the explosive in a hotel in Mangaluru city. He reportedly worked in various private firms, religious organisations and hotels as a security officer.

Security agencies have started questioning Rao about the source of explosives, and how he got training in assembling IEDs.

On Monday, 20 January, morning a bag with improvised explosive device (IED) components was found outside the terminal building of Mangaluru airport.

The incident occurred with a few days left before Republic Day; the security had been tightened across the country with intelligence and security agencies on high alert.

Meanwhile, in January, Delhi Police busted a Daesh*-inspired module and arrested three suspected terrorists following an exchange of fire. They were planning a terror strike in India's national capital.

Delhi Police and other security agencies are now also on the lookout for a terrorist of a Daesh-inspired module. He is believed to have helped the three arrested terrorists in Delhi rent a place and provided them with weapons.

Meanwhile, the fourth terrorist was arrested in Gujarat by the state's anti-terrorism squad.

* terrorist organisation banned in Russia and many other countries