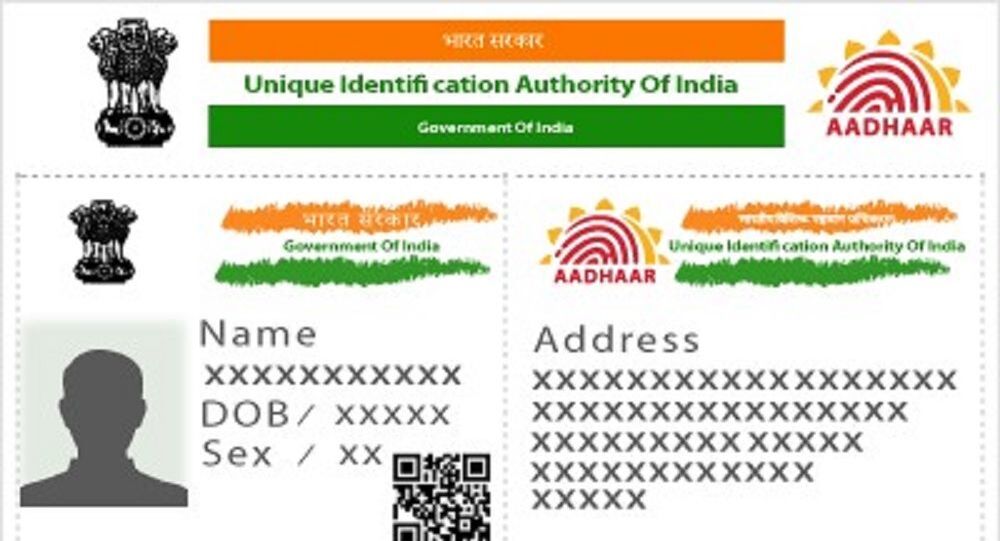 New Delhi (Sputnik): Adhaar, a 12-digit unique identification number for Indian citizens is an essential document to access several welfare benefits. The federal government earlier made it mandatory for several services, but India’s apex court has limited it only to certain services.

On Friday, India’s federal Home Ministry issued a notification making it mandatory for families of victims of “violence perpetrated by terrorists or naxals and communal riots” to receive financial assistance from federal schemes.

“Eligible beneficiaries desirous of receiving the benefit under the 'Central Scheme for Assistance to Civilian Victims/Family of Victims of Terrorist/Communal/LWE (Left-Wing Extreemism) Violence and Cross Border Firing and Mine/IED Blasts on Indian Territory are required to furnish proof of possession of an Aadhaar number or undergo Aadhaar authentication", the notification reads.

While the new stipulation will enter into force in all states and federally administered territories, the northeastern states of Assam and Meghalaya have been exempted from its purview. Not all residents of these two states have been covered by Aadhaar.

Some civil rights groups had challenged the validity of Adhaar, with demographic and biometric details of citizens, as it breaches their privacy. Its critics have also raised the alarm over the possible misuse of the sensitive information – fingerprints, face, and iris scans.

Critics have also warned that documenting sensitive information of citizens could turn the country into a surveillance state. The matter even reached the Supreme Court of India, and in 2018, the top court upheld the constitutional validity of the project. But, it ruled the privacy of individuals and the protection of data should be maintained.