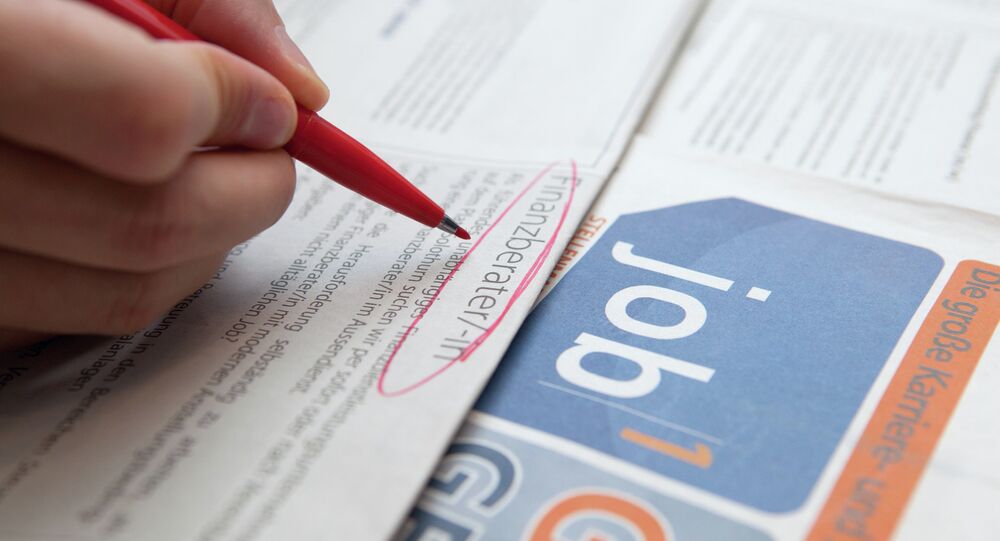 New Delhi (Sputnik): The unemployment rate in India is at an all-time high and rising, according to the National Statistical Office's 2017-18 Periodic Labour Force Survey (PLFS). The unemployment rate is estimated at 6.1 percent, the highest rate since 1977–78 among males and highest since 1983 among females in both rural and urban areas.

Tejashwi Yadav, leader of Bihar’s opposition Rastriya Janta Dal (RJD) on Monday called out the ruling Bharatiya Janata Party (BJP)-Janta Dal(United) coalition government on the rising unemployment in the state. Yadav’s charge comes a day after images and videos of thousands of young adults trying to board a train after appearing for a competitive examination for government jobs on Sunday (12 January) went viral.

“Due to the inhuman decisions of the Bihar government, millions of unemployed young people are troubled. Will chief minister Nitish Kumar and Modi-ji explain why they made Bihar the main centre of unemployment? Why don't they ever say anything about unemployment?” asked Yadav in a tweet in Hindi, which had images of a large number of job-seekers waiting at railway stations.

​Thousands of job-seekers appeared for a competitive examination in Bihar on Sunday for vacant police constable posts. The crowd of job-seekers disturbed the peace at several railway stations for want of additional arrangements for their travel. Over 120,000 candidates, including men and women, applied for 11,880 vacant constable posts with the Bihar Police, Bihar Military Police, Specialised India Reserve Corps and Bihar State Industrial Security Corps on Sunday.

Berojgari... This is from Bihar. They all are struggling for constable...
Gov must work on unemployment! pic.twitter.com/qmpsxQqWWz

​In ancient times, India’s eastern state of Bihar was considered a centre of knowledge and learning, but today it ranks among the regions with the highest unemployment rates and is the worst state in India in terms of female literacy (53.3 percent) according to the 2011 census. In Bihar, unemployment rose to 11.47 percent in 2018 from 7.84 percent the year before, according to data from the Centre for Monitoring Indian Economy.

India Stuck in Cycle of Poverty and Unemployment