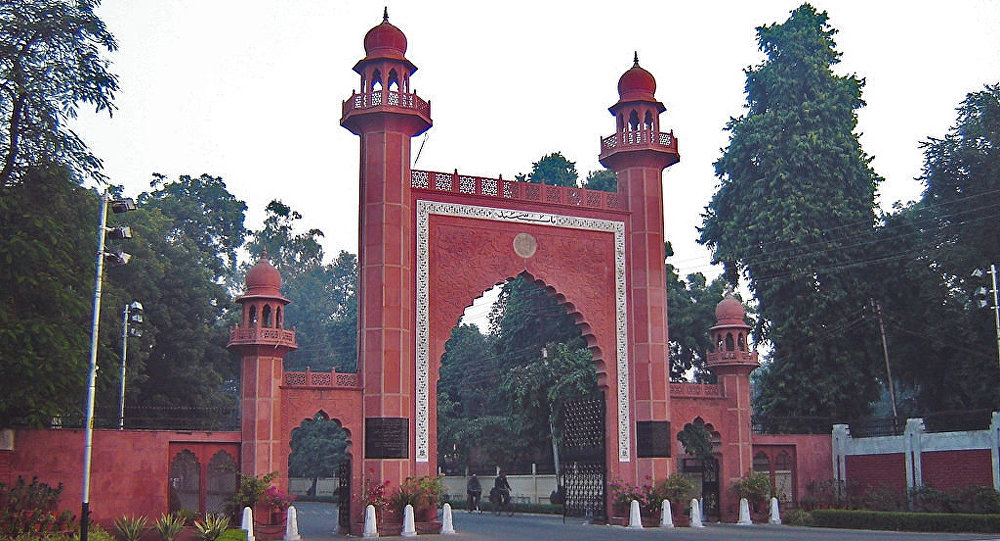 New Delhi (Sputnik): Passions are running high in India against the controversial Citizenship (Amendment) Act (CAA) that was recently passed by the government entitling illegal non-Muslim migrants from Bangladesh, Pakistan, and Afghanistan who entered India before 2015 to apply for Indian citizenship.

Protests and demonstrations led by millennials against the Act is coupled with the implementation of the National Register of Citizens (NRC) requiring Indians to prove their ethnicity.

India’s Rapid Action Force has filed a complaint against 1,000 unnamed students from the Aligarh Muslim University (AMU) in the state of Uttar Pradesh on charges of violence, property damage, and violation of prohibitory orders.

The Rapid Action Force is India’s special wing of the Central Reserve Police Force (CRPF) trained to control crowd situations and riots in the country.

The protests in AMU were triggered after students at the prestigious New Delhi college Jamia Milia were allegedly physically assaulted by the police during a “peaceful” anti-CAA rally.

​“An FIR in this regard was filed on 23 December by RAF (Royal Airforce Commander) commandant Punit Kumar", the reports quoted Senior Superintendent of Police Aakash Kulahari as saying.

Earlier on Tuesday, 1,200 unnamed staff and students from AMU ended up in hot water for taking part in a candle light march as a tribute to all the people who lost their lives in light of the ongoing protests in India.

Section 144 of the Criminal Procedure Code (CrPC) of 1973 prohibits the assembly of more than four people in a public place. The law entitles any “unlawful assembly” within the curfew area to be booked for engaging or triggering a riot.