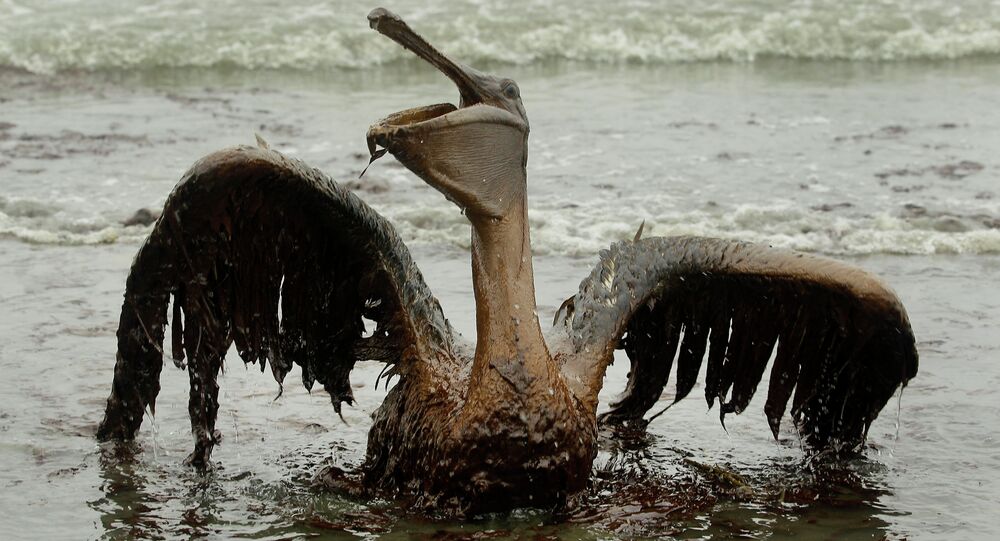 Oil spills are not uncommon. However, their scope varies greatly. Most are contained relatively quickly with minimal damage to the environment and personnel. Some, for whatever reason, cannot be fixed quickly, and that’s when the true danger of fossil fuel rears its head.

And the risks are now becoming greater as most accessible locations had been tapped and companies start drilling for oil in places with hazardous conditions which require novel approaches. One of the latest examples of such an operation gone wrong is the Deepwater Horizon oil spill.

The short version of the events which caused the spill is that the rig, located 66 kilometers away from Louisiana coast, was drilling a deep exploratory oil well, 5600 meters below sea level in 1600 meters of water. At a quarter to ten in the morning, April 20, 2010, methane gas escaped the well with great pressure, rose to the drilling rig and exploded there. This resulted in the death of 11 crew members, dozens of injuries and sinking of the oil rig. Oil leaking out of the well was discovered only two days later. Until the well was successfully sealed, 4.9 million barrels were pumped into the ocean. Oil continued to wash up at the Louisiana coast well into 2013. In June of 2010 President Barack Obama gave an Address to the Nation on the BP Oil Spill:

Because there has never been a leak of this size at this depth, stopping it has tested the limits of human technology… Already, this oil spill is the worst environmental disaster America has ever faced. And unlike an earthquake or a hurricane, it is not a single event that does its damage in a matter of minutes or days. The millions of gallons of oil that have spilled into the Gulf of Mexico are more like an epidemic, one that we will be fighting for months and even years.

There simply was no tried and true method for fixing accidents like this as there was no prior experience with deep sea drilling on this level. Several attempts were made and failed, some novel approaches were proposed, including nuclear bombing, until eventually the seafloor blowout was sealed. Cleanup efforts were reported by BP as complete on 15 April 2014, although the United States Coast Guard stated that a lot of work still remained. Elizabeth Birnbaum, who served as Director of the Minerals Management Service in the United States, together with Jacqueline Savitz, vice President for U.S. Oceans, together penned an opinion piece for the New York Times, noting the dangerous ongoing trend.

This continuing threat to the oceans is compounded by the administration’s recent proposal to allow the use of seismic air guns to search for oil along the Atlantic coast. Scientists use these blasts to map the subsurface of the seafloor. But they harm a wide range of species, and the Interior Department’s own analysis indicates that they may kill large numbers of dolphins and whales. Rather than waiting for pending scientific guidelines that would determine whether this acoustic testing could be done safely, the administration has rushed to allow the oil industry to move forward.

These concerns were later proved to be well-grounded. Although no disasters similar in scope to the Deepwater Horizon oil spill were registered since then, ongoing oil drilling practices meet growing opposition from the public and environmental agencies. One of the most pressing issues is fracking, with earthquakes and water contamination being reported as side effects, but little governmental regulation and no knowing of what the worst case scenario can be.