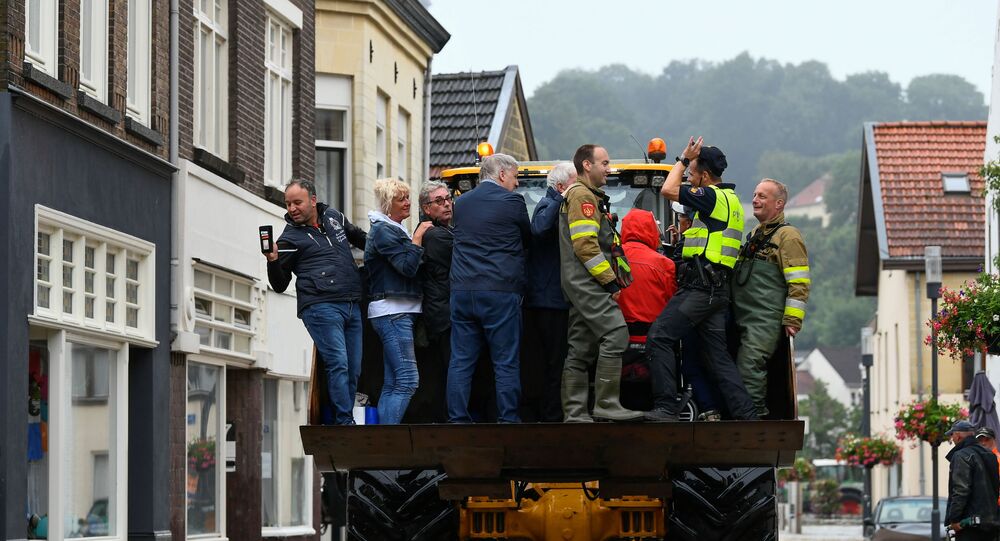 At Least 15,000 People Reportedly Evacuated Due to Floods in Netherlands

MOSCOW (Sputnik) - At least 15,000 people are being evacuated as floodwater levels continue to rise in the southeast of the Netherlands, the NL Times news portal reported on Thursday.

Some 10,000 residents are fleeing the neighborhoods of Heugem and Randwyck, in the city of Maastricht.

"Tonight, part of Maastricht will be under water," the Limburg-Zuid regional security office said, quoted by the media outlet, adding that "We are evacuating because we are assuming a water discharge of 3,700 cubic meters per second."

Water levels between 80 centimeters (31 inches) and five meters (16 feet) above normal are expected in the area.

The city of Roermond is also expecting record high water between Thursday night and Friday afternoon. About 5,000 people are being evacuated.

"This is an unprecedented situation," Antoin Scholten, from the Limburg-Noord regional security office, said.

Neighboring Germany has also been hit by heavy rainfall and floodwaters in the states of Rhineland-Palatinate and North Rhine-Westphalia, which killed 58 people. Dozens more are unaccounted for. German Vice-Chancellor Olaf Scholz noted that the extreme weather was the result of climate change.

45 Reported Dead, Dozens Missing After Houses Collapse in Germany Due to Floods - Videos