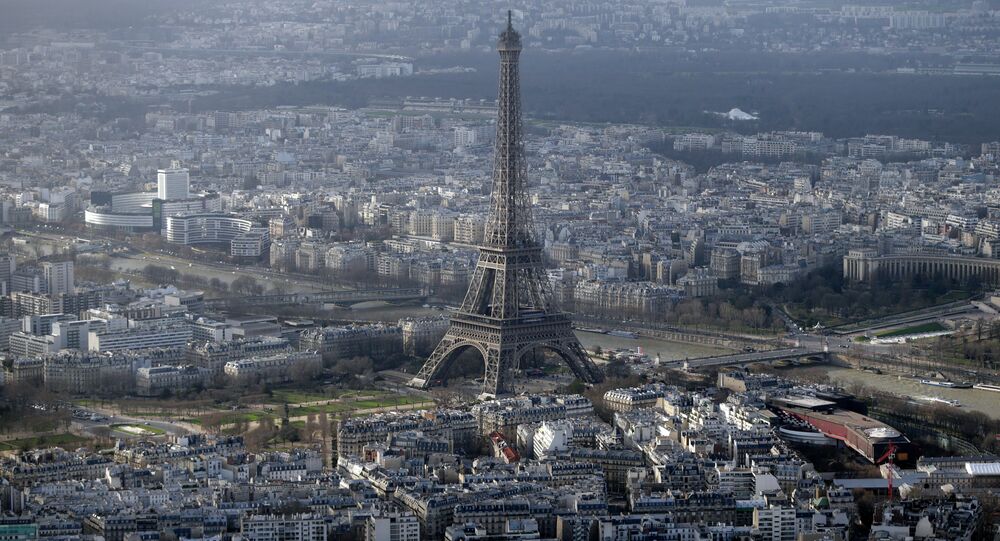 The protest comes on Bastille Day, the national day of France celebrated annually in commemoration of the storming of the Bastille on 14 July 1789.

Sputnik is live from Paris as residents of the French capital hold unsanctioned marches against the introduction of health passes.

At Boulevard de Bonne Nouvelle, the police have been forced to fire tear gas to disperse the crowds.

A short video shows tear gas grenades exploding and protesters trying to hide. Police special forces are approaching the scene of the incident on the boulevard next to the Sacre-Coeur Basilica in northern Paris.

​The demonstrations, held on on Bastille Day, come in the wake of President Emmanuel Macron's speech in which he vowed to impose tougher restrictions in the country that would mainly affect unvaccinated people.

In particular, according to the French leader, restaurants, bars, shopping centers, airplanes and long-distance trains in France will require a health pass indicating vaccination or a negative test result for COVID-19 from the beginning of August.

Although his remarks caused a rapid increase in the tempo of vaccinations among the French, certain groups, including the Yellow Vests, criticised the president.