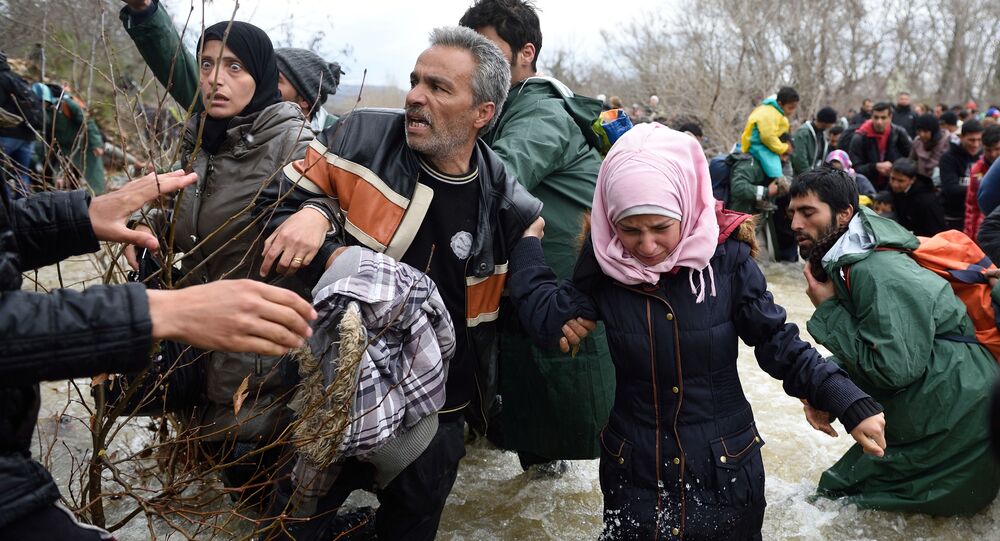 VIENNA (Sputnik) - The European Union must respond to Belarus, Afghanistan and Turkey that attempt to use migrants as a weapon against the bloc, Austrian Foreign Minister Alexander Schallenberg said on 12 July.

The minister noted he had been aware of reports of Afghanistan's intention to suspend deportations for three months, calling it absolutely unacceptable given the agreements between the country and the EU.

"I think that we, as the European Union, need to slowly take into account that more and more countries intend to use migration as a weapon against us - [President Alexander] Lukashenko in Belarus, now Afghanistan, before that [President Recep Tayyip] Erdogan in Turkey," Schallenberg told reporters after his arrival at the meeting of EU foreign ministers in Brussels.

"I think that the European Commission and the EU need to wake up so that we can start using all the opportunities at our disposal, whether in the financial area, in the area of political development, or in trade, because we cannot just tolerate the way other countries want to use migration as a weapon against the EU, as a pressure on the EU," he added.

The foreign troops withdrawal from Afghanistan is widely feared to bring about a humanitarian crisis in the country and cause waves of refugees to flee to the neighboring states.