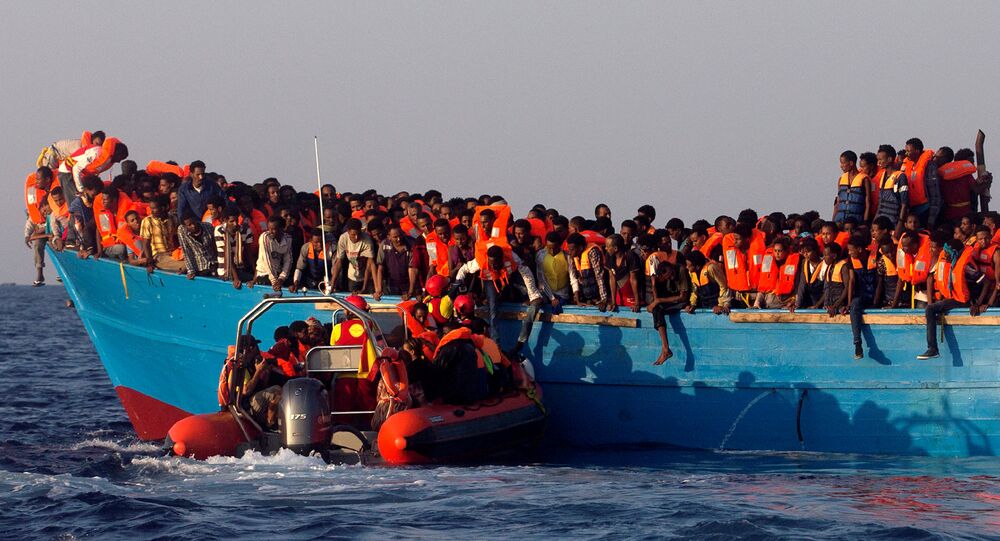 While some accused Moderate leader Ulf Kristersson of hypocrisy as he just several months ago castigated a fellow opposition leader for virtually the same statement, others ventured that this sort of rhetoric was "straight up racist".

Ulf Kristersson, the leader of the liberal-conservative Moderate Party, currently the largest in opposition, has sparked strong reactions by suggesting that immigration has become a burden.

"Immigration in Sweden has become a burden, both in terms of crime, honour-related issues, social problems, and overcrowding. It is quite obvious", Kristersson told Swedish Radio. "Now look at what happens almost daily with shootings, fatalities, and where people are injured in some of our most vulnerable areas. Look at the gang crime", he added.

When asked by a reporter, he ventured that while no doubt there is other crime, a very high degree of it is linked to immigration and "really failed integration".

Jimmie Åkesson sparked an uproar with his tweet, when he urged a total stop to "all immigration that constitutes a social, cultural or economic burden". Ulf Kristersson was then one of those who chose to distance themselves from the embattled Sweden Democrat leader and stressed that one shouldn't "generalise about people as a burden".

On social media, Ulf Kristersson's change of heart has beet met with indignation and accusations of hypocrisy.

"Kristersson in February, Kristersson in July. Is this the type of backbone a person aspiring to the post of prime minister of Sweden should have?", former government minister and Social Democrat MP Annika Strandhäll tweeted.

​"Ulf Kristersson has radicalised further. Like the far right, he now blames the immigrants for virtually all societal problems", Immigration and Justice Minister Morgan Johansson tweeted. He retorted by emphasising that more than one million employees in Sweden were born in another country. "Immigrants are overrepresented in healthcare professions. 34 percent of doctors are foreign-born, as are 43 percent of care assistants. 28 percent of nurses", he added.

​Culture editor at the newspaper Aftonbladet, Karin Petterson accused Kristersson of "straight up racist rhetoric" that she called "sad and uncomfortable".

The Moderate Party (formerly known as the Right and the Conservatives) dates back over a hundred years and is seen as one of the pillars of Swedish politics and the only one to have challenged the Social Democrats' decades-long domination.

Ironically, it was under Moderate rule between 2006 and 2014 that Sweden embraced mass immigration amid "open borders" rhetoric by then-Prime Minister Frederik Reinfeldt, a policy Kristersson later disavowed.

'I Refuse to Shut Up': Moroccan Man Burns Quran to Get Asylum in Sweden – Video