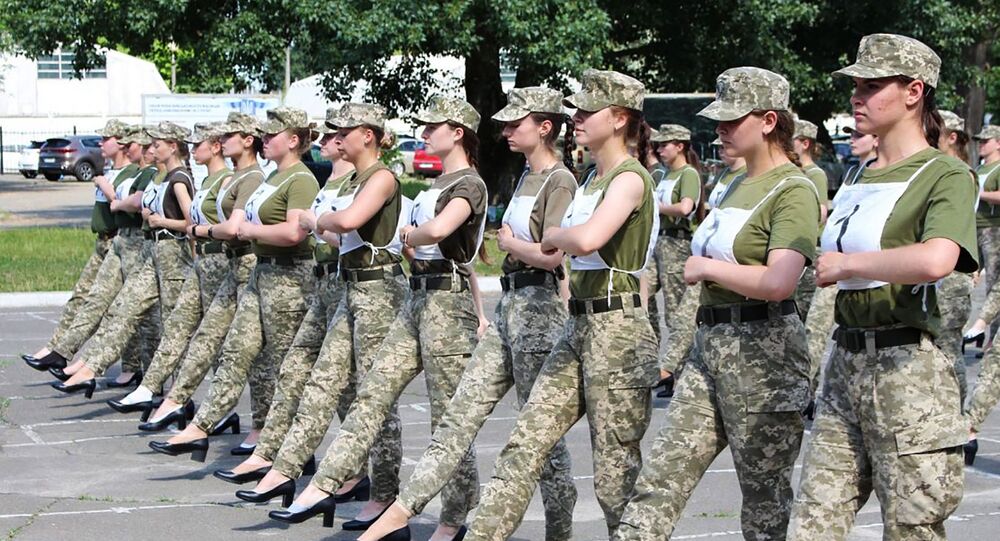 Ukraine's defence minister has apparently already met with the female cadets who will participate in the parade to discuss the matter of the dress uniforms with them.

The Ukrainian Ministry of Defence ended up facing a wave of criticism after photos from the rehearsal of this year’s Independence Day military parade started circulating online.

The images in question feature marching women in fatigues and what looks like mid-heel pumps participating in the rehearsal, with the BBC pointing out that, previously, women taking part in such parades in Ukraine had worn army boots.

According to the media outlet, such training sessions last about four hours a day.

Some social media users did not seem to appreciate this development.

Eastern Europe especially Ukraine has some of the finest looking ladies. But marching in heels is a health hazard.

Orthopaedic surgeons in Ukraine are about to break the bank

Disgusting that they are made to do this

​There were also those who argued that the situation might make sense if the pumps are part of the ladies’ dress uniform, adding, however, that it is "still outdated".

​Some Ukrainian MPs even presented Ukraine’s Defence Minister Andriy Taran with a pair of heels as they expressed their "indignation" regarding the parade rehearsal matter.

Deputies of the European Solidarity party presented 👠heels to defense Minister Andrii Taran.
Thus, they expressed their indignation that for this year's parade before the 🇺🇦 Independence Day, cadet girls are trained to military walk in heels.@IKlympush #Ukraine pic.twitter.com/fHQw6LLP5b

Meanwhile, Taran recently met with the female cadets of the Military Institute of Taras Shevchenko National University of Kiev – the ladies who are expected to participate in the aforementioned parade – to discuss dress uniform matters with them.

As Russian media outlet gazeta.ru notes, the Ukrainian Defence Ministry has also agreed to replace the heels with other women’s shoes for the female cadets participating in the parade rehearsal.