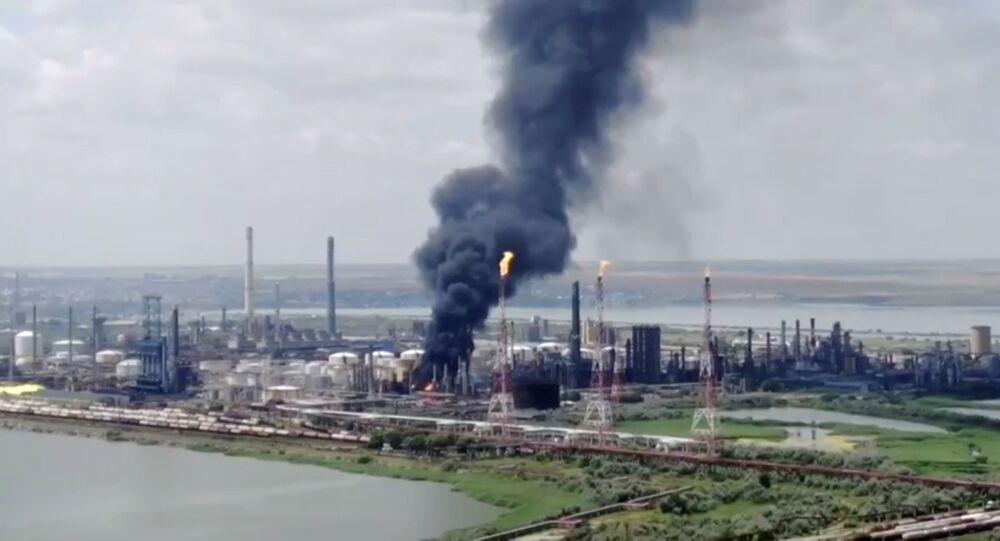 A safety perimeter has been delimited in the area of the explosion, the danger of explosions and a new fire are high.

An explosion occurred on Friday at the Petromidia Refinery in Navodari, Romania; two people were injured, according to Digi24 media outlet.

"Two people were injured, their faces were burned, nothing serious. Tourists were not injured, rescue crews are working on the spot," Silviu Cosa, the head of the Constanta county told Romanian broadcaster Digi 24.

Environment Minister Tanczos Barna said that the impact on the environment could be major.

​From the first evaluations of ANM, the cloud of smoke is moving towards the sea, not towards the shore, the minister added. He noted that there's a mobile laboratory on site to monitor air quality.

Eight teams of firefighters were deployed to the site, which was cordoned off over the risks of a second explosion. Minister of Internal Affairs Lucian Bode and Department for Emergency Situations chief Raed Arafat arrived as well.

Petromidia is currently the largest refinery in Romania. The refinery is operated by Rompetrol Rafinare. The company is owned by KMG International and by the Romanian state through its Ministry of Energy.