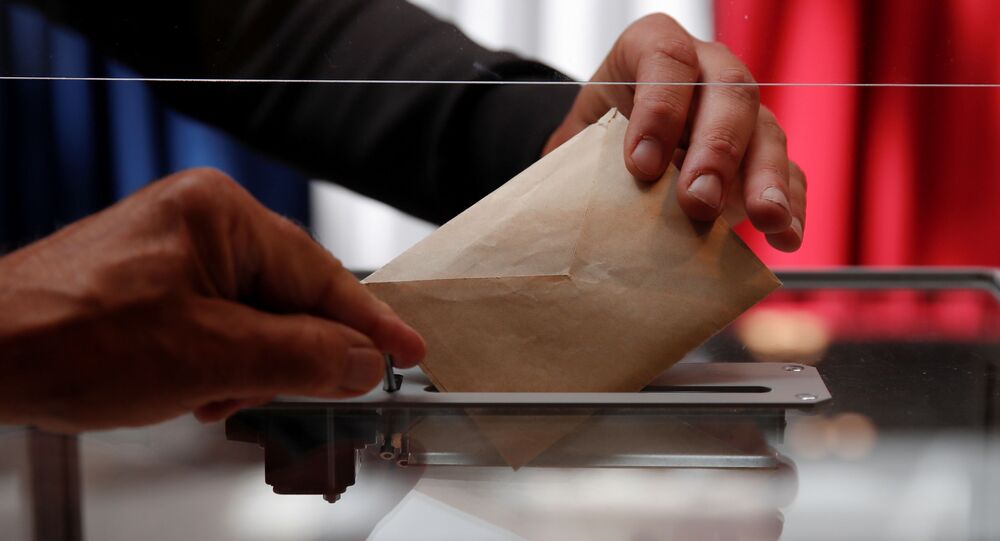 The first round of regional elections in France, perceived as a "rehearsal" for the 2022 presidential election, has been marred by a conspicuously low voter turnout: only one voter in three cast their ballots on Sunday.

French voters headed to polling stations on Sunday to cast their vote in the first round of regional elections, but both French President Emmanuel Macron's Republic on the Move and the right-wing National Rally, headed by 2022 presidential candidate Marine Le Pen, suffered a setback, failing to make the ground they intended, exit polls showed on Sunday night.

According to projections, Macron's party showed a poor performance in many of France's 13 regions, failing to win more than 10 percent of the overall votes. National Rally, while ahead of Republic on the Move, garnered only 18-19 percent of the votes - down nine percent compared to the 2015 regional polls.

Meanwhile, France's Republicans appeared to have gathered momentum, advancing in seven regions and winning some 27-29 percent of the total vote.

© REUTERS / Ludovic Marin/Pool
French Elections 2022: Who Could Beat Macron and is Plot of Novel Submission That Far-Fetched?

Xavier Bertrand, the Republicans' candidate in the northern Hauts-de-France region, where he clinched 44 percent of the vote, said in his celebratory speech that the party "broke the jaw of the National Rally".

The regional elections have been blighted by a low voter turnout, which a disappointed Le Pen described as a "civic disaster".

With the presidential vote just a year away, these elections are viewed as a litmus test for the public sentiment.

The second round of the elections is scheduled for this coming Sunday.