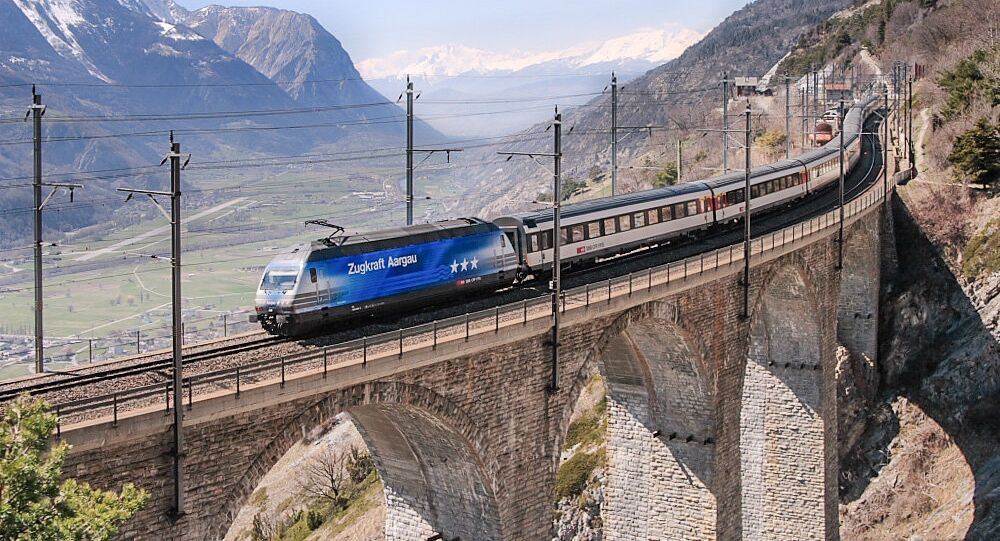 Daeniken is a municipality in the Swiss canton of Solothurn, located in the northern part of the country. The train, which was reportedly evacuated, had been traveling between Olten SO and Aarau AG.

Swiss police on Thursday stopped a train in the city of Daeniken and evacuated its passengers due to a potential bomb threat, according to a statement issued by the Solothurn cantonal police. One passenger was "provisionally" arrested, and nobody was hurt.

"Due to a report that there could be a bomb in a long-distance train, the train in question was stopped, evacuated and searched at Däniken on Thursday evening. Nothing was found", the police said.

The police did not clarify the reason one of the passengers was arrested.

Earlier in the day, local media outlet Blick, citing Solothurn cantonal police sources, reported that the train had been stopped and evacuated due to a potentially dangerous situation.

"A train has to be evacuated because of a threat situation", a police spokesperson told Blick, without providing details.

The SBB, Swiss Federal Railways, told Blick that the incident is expected to affect numerous local and long-distance connections, with some trains facing the possibility of delay or cancellation.

A video was shared on social media, allegedly filmed from the stopped train, showing a police presence at the Daeniken rail station.

"IC Bern-Zurich. Standing in Däniken, more and more police are arriving. No further travel possible because of a "police operation". What's going on there?", the user questioned in the video caption.

Swiss Authorities Searching For Owner of Gold Worth $191,000 Left on Train