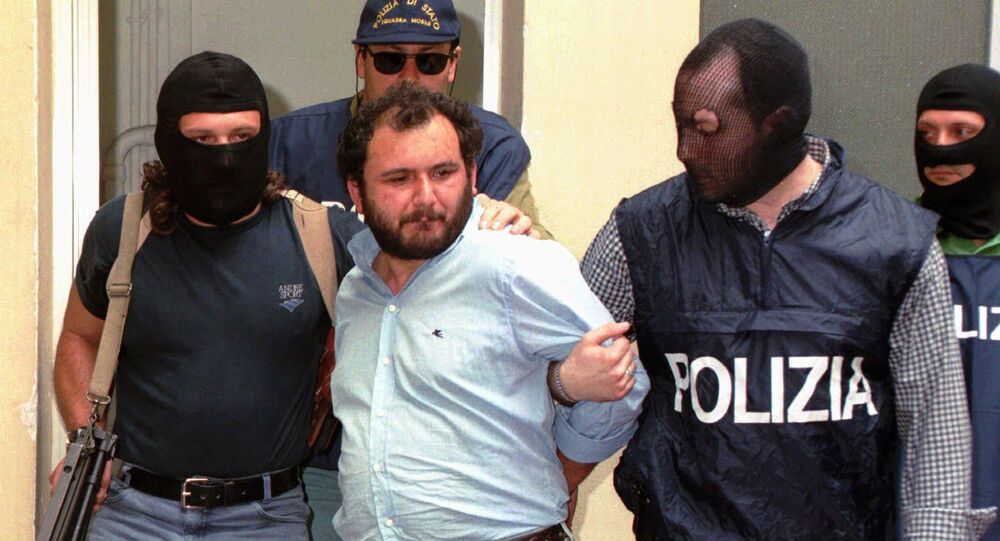 Beyond the Pale: Italians Scandalised as Mafia Monster Freed After Turning ‘Pentito'

The Sicilian mafia, known as La Cosa Nostra (Our Thing), is one of the most ruthless criminal organisations in Italian history. Following a series of super-trials in the late 1990s their power faded and they were eclipsed by the Calabrian mafia, the ‘Ndrangheta.

Italians reacted with dismay at the news that one of the country’s most sadistic killers had been released from prison on Monday, 31 May, after informing on his fellow mafiosi.

Giovanni Brusca, 64, was arrested in 1996 and later jailed for a series of crimes, including the murder of a young boy who was dissolved in acid.

There is anger and disbelief in #Italy at the news that the infamous #Mafia killer #GiovanniBrusca has walked free after serving 25 years in jail. Brusca, responsible for more than 150 murders, turned state's evidence after his arrest in 1996. https://t.co/k3KO0uZ8yi pic.twitter.com/EILYdzT1i6

​Nicknamed Il Porco (The Pig), Brusca worked as a hitman and enforcer for the head of the Cosa Nostra, Salvatore "Toto" Riina, admitted carrying out hundreds of murders. Riina died in prison in 2017, aged 87.

Brusca was also responsible for detonating the huge car bomb which killed Giovanni Falcone, his wife and several of his bodyguards in 1992.

Falcone was a prosecuting magistrate who formulated a strategy take down the Sicilian mafia. He was killed but his strategy succeeded and eventually led to the mass incarceration of dozens of mafia bosses and triggermen.

Falcone encouraged a top Cosa Nostra boss Tommaso Buscetta, to become a pentito (informer) and his testimony led to the arrest and conviction of dozens of his former friends.

But news that Brusca himself has become a pentito and is therefore eligible for release from prison after 25 years has appalled many Italians.

​[Tweet: "I prefer to share the photo of little Giuseppe Di Matteo. His, that of the victim and not of the executioner. Because the years can pass, the periods in prison can end, but he will always remain the executioner."]

Brusca will have to serve four years on probation but is essentially a free man.

Tina Montinaro, whose husband was one of Falcone’s slain bodyguards, told La Repubblica newspaper: "The state is against us and after 29 years we still don't know the truth about the massacre and Giovanni Brusca, the man who destroyed my family, is free.”

The most controversial of his crimes was the murder of 12-year-old Giuseppe Di Matteo, whose son had become a pentito. Giuseppe was kidnapped in 1993, held for two years and then strangled before his body was dissolved in acid.

The leader of the centre-left Democratic Party, Enrico Letta, said Brusca’s release was a "punch in the stomach that leaves one speechless," while right-wing politician Matteo Salvini called Brusca a "wild beast" who should not be allowed out of prison.

Claudio Fava, the president of Sicily's anti-mafia commission, said Brusca had not even told the full truth about the crimes he had committed.

Fava said: "Certainly Brusca could have said much more than he did, he could have contributed much more to get to the truth of that period. Certainly now he won't do it any more."

Nowadays the Cosa Nostra is a pale shadow of its former self and has been overtaken as Italy's most powerful mafia by the 'Ndrangheta, who come from the province of Calabria on the toe of Italy.