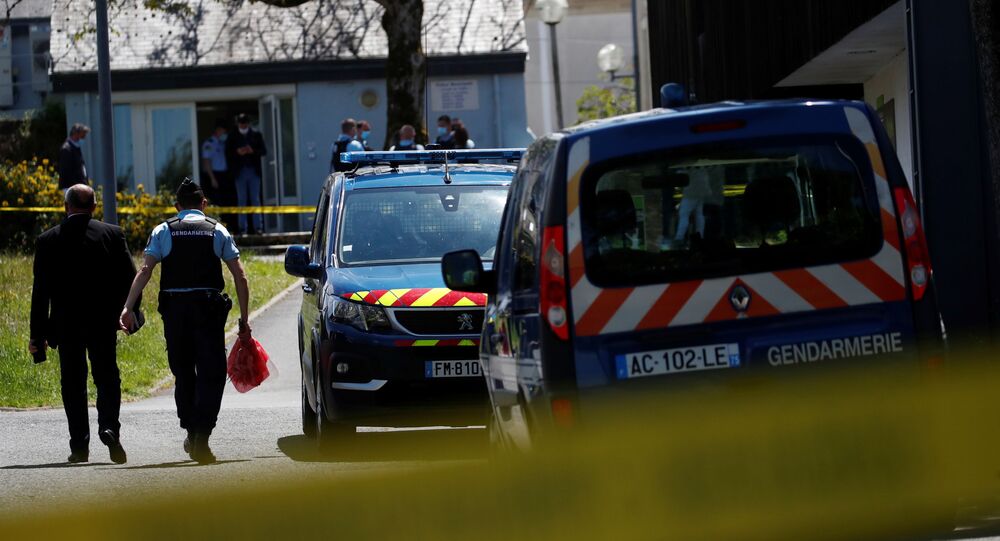 A man stabbed a French policewoman inside a police station in a town near Nantes earlier on Friday. He was later neutralised by gendarmes and succumbed to his wounds. He had reportedly served time in prison and was diagnosed with a mental disorder while in jail.

A man who wounded a police officer with a knife in the town of La Chapelle-sur-Erdre in western France was a devout Muslim while he was serving his sentence in jail, Interior Minister Gerald Darmanin told reporters on Friday.

The minister added that the suspect, who is now deceased after a shootout with the police, was French and was born in France.

The man, whose identity has not been revealed as of yet, attacked a female police officer inside a police station and stole a gun from her and attempted to flee, but was later chased down by the police. In an ensuing shootout, he wounded two police officers but was shot down himself, sustaining a critical injury. He later succumbed to his wounds despite attempts to resuscitate him.

​According to French media, the man was in his 40s and had a criminal record. He reportedly served several years in jail and was released several months ago. While in jail, he was diagnosed with a mental disorder.

The daily Le Parisien said he had been on a watchlist for radicalisation and was banned from foreign travel.

His motives are yet to be established.