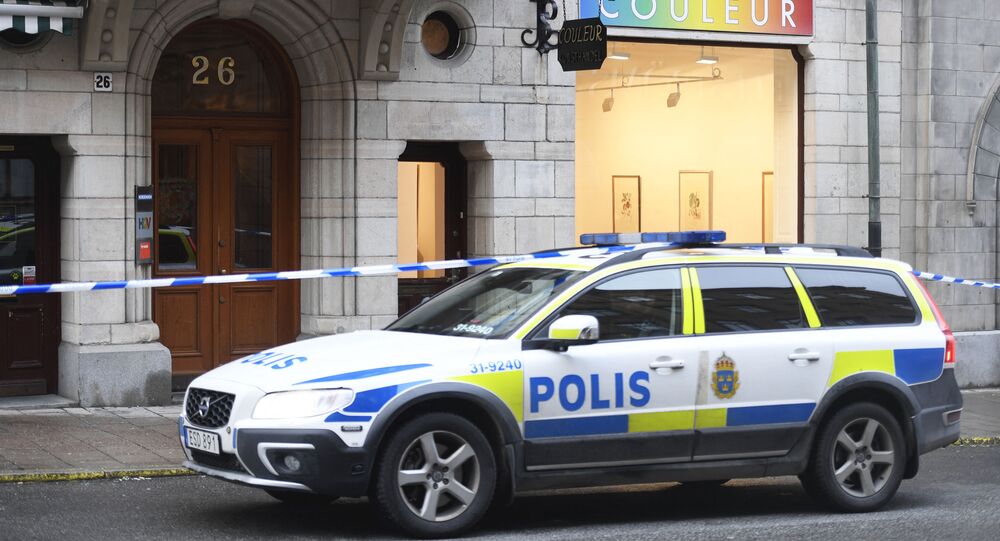 Danish-Swedish politician Rasmus Paludan rose to fame and notoriety across Scandinavia through provocative demonstrations against Islam in ethnic ghettos that often include torching, tearing up, or otherwise defacing the Quran and are known to have sparked protests. Paludan himself sees it as an exercise in free speech.

Danish-Swedish politician and Islam critic Rasmus Paludan is planning to hold a Prophet Muhammad drawing contest in the Malmö ethnic enclave of Rosengård, home to a substantial Muslim population.

According to Paludan, the time is ripe to draw attention what he dubbed "Everybody Draw Muhammad Day". Paludan underscored that this occasion will be held for a second year in a row. This time, slightly fewer Danish cities will participate, but in return a Swedish city will also be taking part, he emphasised to the news outlet Nyheter Idag.

"We meet up and draw Muhammad. You can also come up with a drawing of Muhammad. The three best drawings win prizes", Paludan told the news outlet, promising prizes ranging from DKK 300 to 1,000 ($50 to $165).

Per the daily Sydsvenskan, Paludan applied for permission from the police for a general meeting on Thursday 20 May. The police have, in turn, requested additional information for the application. As of now it remains unclear whether Paludan will get the green light, but law enforcement have already started planning for a special incident.

"The application has not been approved, but we need to plan for it to be approved, with a high presence to prevent crime and disturbances", Malmö Police spokesman Nils Norling told the newspaper Sydsvenskan.

While the application is being processed, the police are working to strengthen their capacity to deal with demonstrations that have followed in the wake of the conflict in the Middle East.

"We know that international events also resonate in Sweden and this can lead to demonstrations and protests. Therefore, it is important for us to rise above to be able to handle the manifestations. The task of the police is to assess received applications for public gatherings and carefully consider whether a permit can be granted. Freedom of speech, assembly, and demonstration is strong", Commander Petra Stenkula said in a statement.

"We had reactions after the events in August of last year when a Quran was burned and the subsequent violent riots remain fresh in the memory, and we have of course learned from those events. This is why we have prepared a special organisation to be able to deal with these issues", Stenkula added.

Last August, Paludan was denied permission to demonstrate in Malmö. However, his supporters and like-minded people burned copies of the Quran as initially planned, sparking violent riots with dozens of arrests.

Former lawyer and politician Rasmus Paludan rose to fame and notoriety in Denmark through provocative demonstrations against Islam in troubled areas present on the country's official ghetto list, often sparking conflict and later releasing his trips as videos. The demonstrations often feature him torching, tearing up, or otherwise defacing the Quran, yet are celebrated as an exercise in free speech by Paludan himself and his supporters. His unapologetic stance against Islam has made him a lightning rod for numerous threats and assassination attempts, forcing police to keep him under costly round-the-clock protection.

Paludan's party Hard Line, which is ethno-nationalist and anti-Islam as well, barely missed the parliamentary threshold in Denmark in 2019. Since then, Paludan has confirmed Swedish citizenship and joined forces with the Alternative for Sweden, an even more anti-immigration offshoot of the Sweden Democrats that has a tougher stance on many issues, including the EU and NATO, compared with its mother party.