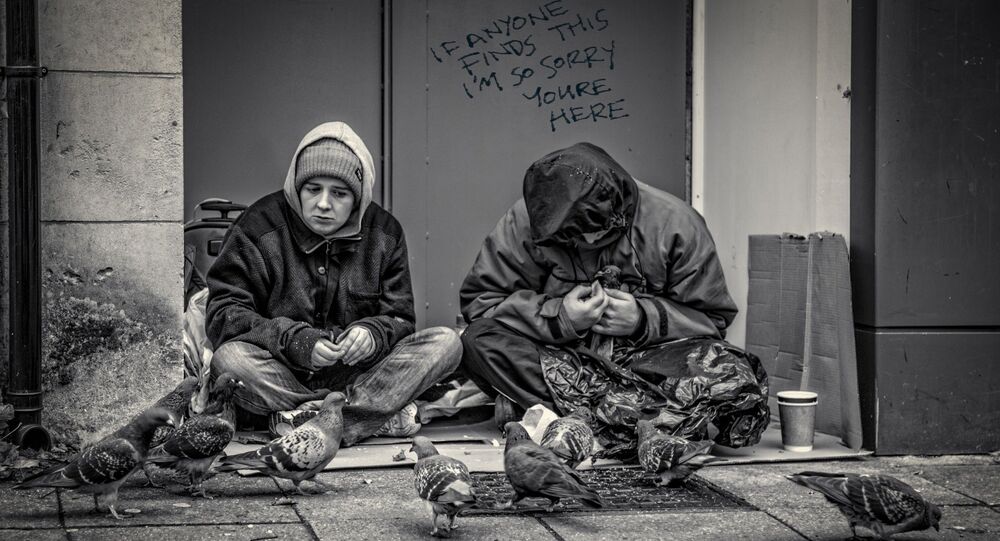 Despite the country often securing top spots on the list of wealthiest nations, Switzerland is not immune to the problem of homelessness. A 2019 study revealed that in Basel, the country's third-most populous city, 100 people lived on the streets, while 200 others stayed with friends or acquaintances.

The Swiss city of Basel has come up with an unusual way of dealing with the issue of homelessness – by sending rough sleepers to other European cities. According to the local newspaper 20 Minutes, authorities are offering homeless people travel vouchers to any destination in Europe as well as 20 Swiss francs (almost $22).

According to Le News, 31 people have already taken up the offer. Toprak Yergu, a spokesperson for the Basel Department of Justice, told the newspaper any homeless individual can now request such a measure.

The individuals, however, have to sign a contract, promising not to return to Basel or Switzerland for a certain period of time. Toprak Yergu said that people caught violating the contract would be deported from the country.

Critics of the measure dubbed it "street cleansing". This is not the first time that authorities in Switzerland have resorted to measures that raise eyebrows. In 2014, officials in Geneva fined a homeless woman 500 francs ($547) for begging on the streets. The European Court of Human Rights later overturned the decision and ordered the city to pay the woman compensation worth $1,108, Le News wrote.

In 2016, authorities in the Vaud canton banned begging in the area. Despite a public outcry and numerous attempts by human rights groups to overturn the ban, it still remains in place.