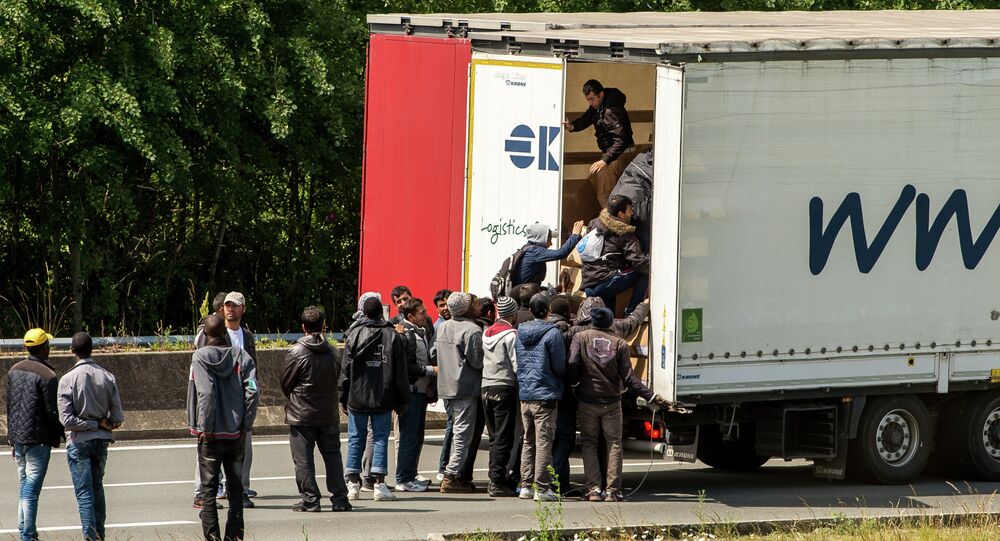 PARIS (Sputnik) - Some radicals who have committed terrorist attacks in France are illegal immigrants, so the government must handle the illegal immigration issue, Prime Minister Jean Castex said on Wednesday.

"Some of the perpetrators of terrorist attacks have recently arrived in our territory and remain here illegally. We must fight, and we are fighting illegal immigration with total determination," Castex told reporters when asked if there was a link between illegal immigration and terrorism.

Earlier in the day, Interior Minister Gerald Darmanin also commented on the possible link between these two challenges, noting that it is not always the case, as the majority of jihadist attacks in the country over the past five years have been committed by holders of French citizenship.

© Sputnik / Oxana Bobrovitch
Macron on Stabbing Attack in Rambouillet: France Won't Surrender in Fight Against Terrorism
For his part, the prime minister urged that the fight against terrorism and the issue of illegal immigration not be confused, which are two different directions in the state policy.

Castex also stressed that the Islamist threat remained "very high" in France, listing the latest three terror acts, namely, the murder of a French teacher by a teen radical in Paris in mid-October, a knife-stabbing ambush with three victims in Nice later that month at the hands of another young extremist, and last week's killing of a policewoman in the Rambouillet commune not far from the French capital by a radicalized knife-wielding man.

"In the face of this threat, which is more difficult to identify now, the state and justice must equip themselves with enhanced methods to detect, monitor and respond [to terrorist threat], including in connection with the surge in social networks," the prime minister said.

Castex also confirmed that President Emmanuel Macron would attend the funeral of the deceased police officer, noting that he and several other government officials would be present at a national tribute ceremony.

Additionally, the prime minister noted that the French cabinet has passed a bill aimed to amend the 2017 counter-terrorism law by upgrading intelligence strategies in the fight against extremists. The draft law, which was presented by Darmanin and Justice Minister Eric Dupond-Moretti earlier in the day, proposes increasing the monitoring period for those who have served over five years in prison for terrorism-linked offenses from a year to two years.

Besides, the legislation aims permanently to allow the security agencies to use algorithms, a controversial technology designed to monitor and detect threats through the automated processing of connection data. The text entails the extension of algorithms from messaging apps to websites, which is expected to prompt dismay from those defending public freedoms.