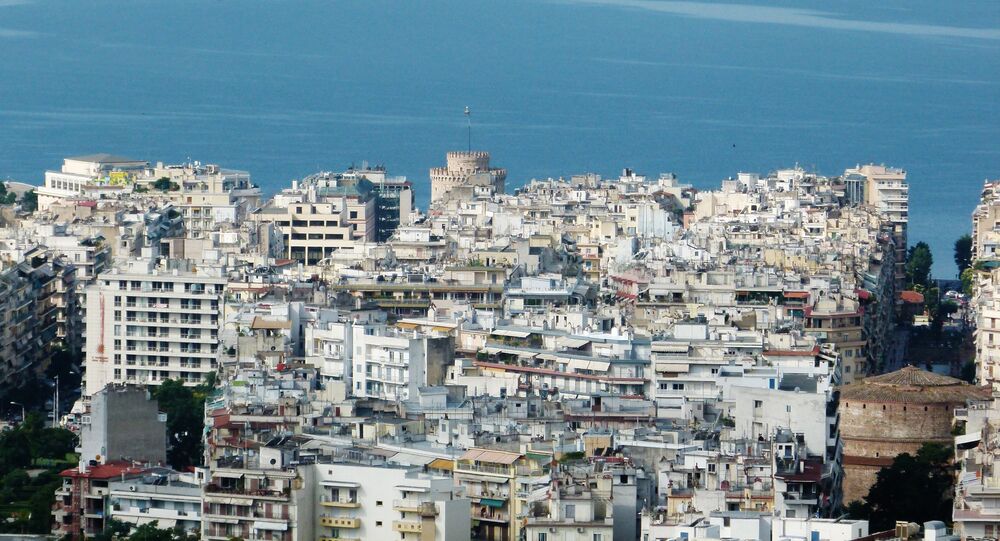 ATHENS (Sputnik) - Greek State Secretary of Finance, Theodoros Skylakakis, has submitted to the European Commission an economic revival strategy dubbed "Greece 2.0," which includes over 170 provisions and aims to restore the national economy, the Greek Finance Ministry said on Wednesday.

The national recovery plan was first introduced in November 2020, and was followed by public consultations and almost eighty meetings with the European Commission. Skylakakis, who is responsible for the recovery fund, visited the Commission department in Athens and handed a copy of the plan in to George Moschovis, the head of the representation in Greece.

"Our National Recovery and Resilience plan Greece 2.0 was presented to the European Commission yesterday. The plan includes 106 investment programs and 67 reforms, which are described and assessed on 4,104 pages. Greece, which, thanks to the negotiations conducted by Prime Minister Kyriakos Mitsotakis, received the most money per capita in Europe from the [EU Recovery and Resilience] Fund, and it is the second country to submit its final plan," Skylakakis said, as quoted by the ministry.

The EU-backed fund is set to distribute 672.5 billion euros (nearly $812 billion) in loans and grants among the member states to ensure the revival of their pandemic-hit economies.

© REUTERS / Alkis Konstantinidis
Tragedy of Errors: Timeline History of Greece's Decade-Long Economic Crisis
According to Skylakakis, the next task for Greece is to use the fund to boost the economy to "a permanent long-term course of development and change of its production model for the benefit of the entire Greek society."

Skylakakis noted that Greece could start projects and investments outlined in the recovery plan from Thursday at the expense of its current resources, until the fund's financial aid arrives once the strategy is approved, which is expected to be by mid-summer.

"The task is huge, but the opportunity for Greece is unique," the official said.

"We have done very important work, a plan that can completely change the country's production model, allocate significant resources to the transition to digital technologies as part of the efforts that we must make to transform the Greek economy into a zero-carbon economy. It also includes very important actions in such areas as social ethics, education, support for young people," Mitsotakis said at a meeting on Wednesday with President Katerina Sakellaropoulou, whom he gave a flash drive containing the Greece 2.0 plan.

Last month, the prime minister announced that the Greek government expected to mobilize around 57 billion euros in investment toward the recovery roadmap to growth, and add an extra 7 percentage points to the country's GDP and create 200,000 jobs.

According to Mitsotakis, the package is stipulated to secure 32 billion euros from the recovery fund, 19 billion from grants, and the rest through private lending.