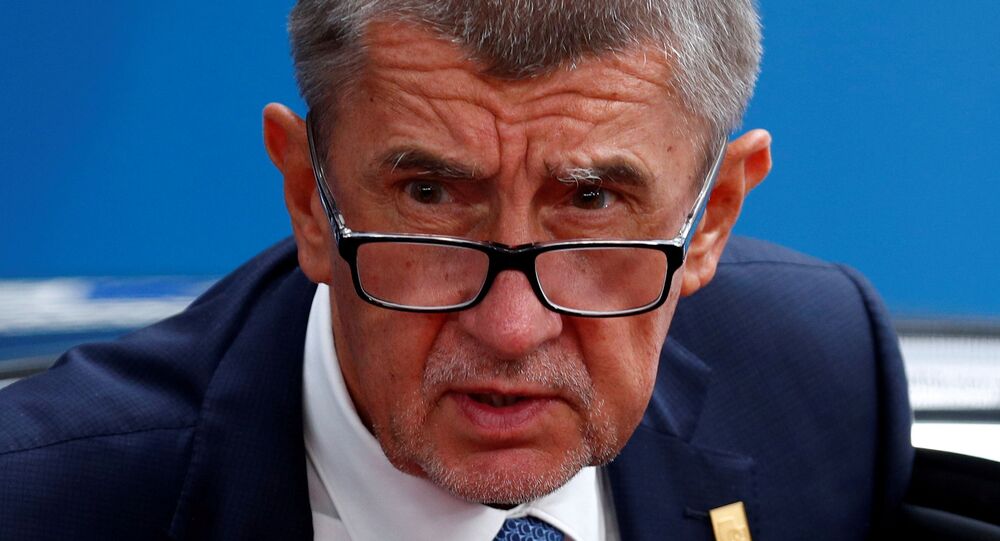 PRAGUE (Sputnik) - The explosion at the ammunition depot in the village of Vrbetice is not about Russia's attack on the Czech Republic, it was an attack by Russian intelligence officers on the goods of a Bulgarian arms dealer, Czech Prime Minister Andrej Babis said on Monday.

"It was not an act of state terrorism, as we heard from some politicians yesterday. It was an attack by GRU [Russian foreign intelligence] agents on goods belonging to a Bulgarian businessman, arms dealer. I wanted to declassify the document about the incident. But the investigation continues", Babis said at a briefing after government meetings.

The attack on the ammunition depot in Vrbetice was perpetrated by the same people who are suspected in the poisoning former double agent Sergei Skripal in the United Kingdom, Czech Prosecutor General Pavel Zeman told reporters.

"We can say that these same two people were associated with the attack on Vrbetice", Zeman said.

On the evening of 17 April, Babis announced that the Czech authorities suspected the Russian intelligence of involvement in the explosion at an ammunition depot in Vrbetice in 2014. In turn, First Deputy Prime Minister Jan Hamacek said that 18 Russian diplomats would be expelled from the country. The Czech police announced Russian citizens, known as Alexander Petrov and Ruslan Boshirov, on the wanted list.

On the evening of 18 April, Russia announced its retaliatory measures. The ambassador of the Czech Republic, Vitezslav Pivonka, summoned to the Russian Foreign Ministry and was informed that 20 embassy employees were declared personae non gratae, who must leave the country within 24 hours. The Russian Foreign Ministry stressed that the statements about the involvement of the Russian intelligence in the explosion in Vrbetice were absurd, unfounded and far-fetched.