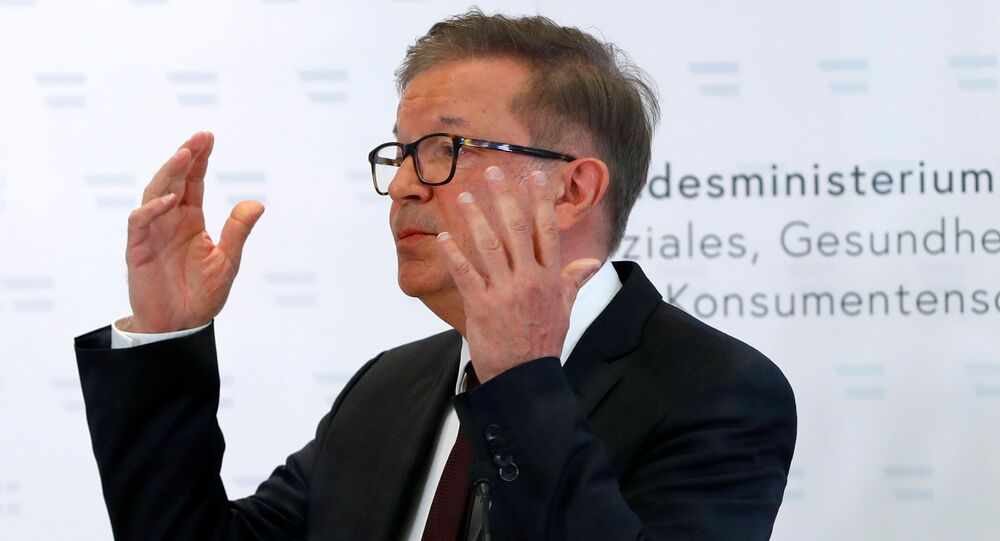 VIENNA (Sputnik) - Austrian Health Minister Rudolf Anschober announced on Tuesday his intention to step down from the ministerial post due to health problems and exhaustion from combating the coronavirus pandemic.

The 60-year-old recently had to take sick leave twice due to blood circulation problems.

"After consultations with my doctors, I decided to step down from my duties as minister of social affairs, health and consumer protection. I have asked President [Alexander Van der Bellen] to remove me from the office from Monday [19 April]. My successor will be tentatively appointed on coming Monday," Anschober said, as broadcast by the Austrian ORF TV channel.

The official noted that the crisis triggered by the pandemic required a health minister to "be 100% fit."

"I cannot currently say this about me," Anschober, referring to health problems.

Commenting on the minister's resignation, Chancellor Sebastian Kurz said that from the very beginning of the outbreak, Anschober took his responsibilities as health minister with great responsibility in such a difficult time.

"Over the past 16 months, he sacrificed himself for our country and, as health minister, he redirected all his energy into the fight against the coronavirus pandemic ... I thank him for his work on behalf of the federal government and on my own behalf. First of all, I wish him to recover as soon as possible," Kurz wrote on Twitter.

The chancellor added that Anschober had notified him of the decision to resign, adding that the government respects it.