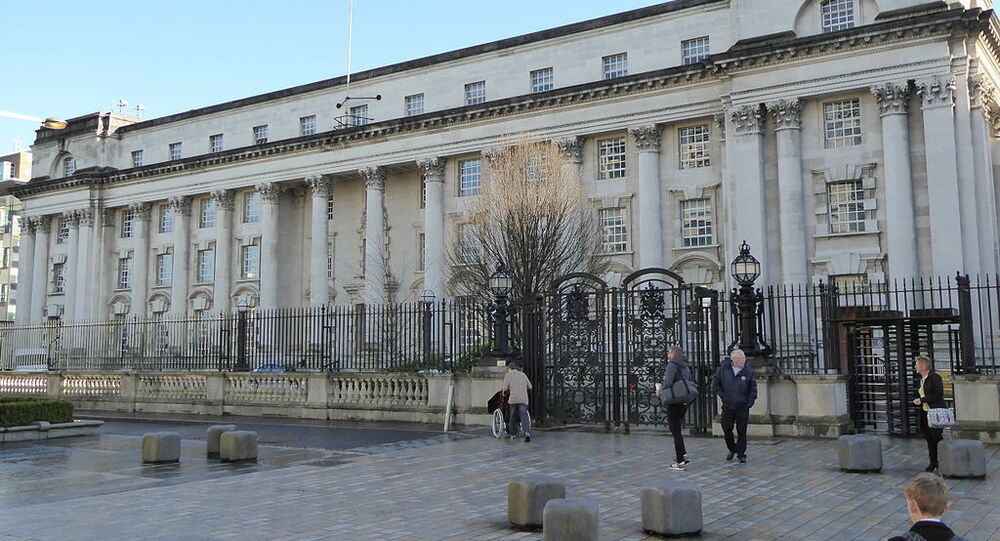 MOSCOW (Sputnik) - Saturday night in Belfast was calm with no clashes with law enforcement officers, a Sputnik correspondent reports.

On Friday, loyalists announced that protests against post-Brexit arrangements were being halted amid mourning for Prince Philip. The day before, over a dozen police officers were injured during clashes with rioters in Belfast. Protesters threw rocks and bottles at police and burned a bus.

Late on Saturday, teenagers gathered in the same area in Belfast, but disappeared once they saw police vehicles approaching, according to the Sputnik correspondent. Social workers also kept watch on the situation in the city.

One local resident told Sputnik that the recent violence in Belfast is largely due to the coronavirus restrictions, as they have prevented people from relieving the stress of their daily lives by socializing in bars and nightclubs.

Earlier this week, Irish Prime Minister Micheal Martin and his UK counterpart, Boris Johnson, discussed the ongoing violence in Northern Ireland and together called on the conflicting parties to calm down and start a dialogue.

In recent days, the UK province of Northern Ireland has been gripped by clashes between police and demonstrators who are protesting post-Brexit regulations governing the two-state island.

On Thursday, Brandon Lewis, the UK government's secretary of state for Northern Ireland, who was on an urgent visit to Belfast, called for an end to the violence and disorder, noting that the only way to resolve differences is through dialogue.

The recent Belfast unrest primarily comes amid discontent in loyalist communities toward post-Brexit arrangements which have created new economic barriers between Northern Ireland and the rest of the United Kingdom. The protests have also been linked to loyalist frustration over the handling of COVID-19 regulation breaches by Sinn Fein politicians who attended the funeral of republican Bobby Storey.

More than 70 law enforcement officers have been injured during the past several days of unrest in Northern Ireland, while the number of protester casualties has not been reported.