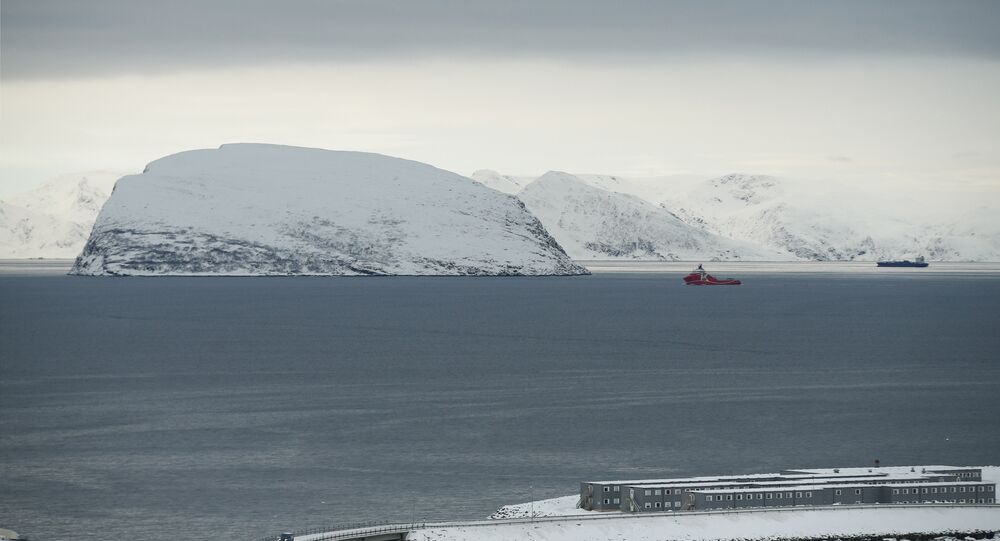 MURMANSK (Sputnik) - Dutch oil transporting vessel Eemslift Hendrika sent a distress signal as it tilted heavily and lost speed off the coast of Norway, forcing the evacuation of the 12 crew members amid the risk of the ship capsizing, NRK news broadcaster reported on Tuesday.

The Dutch ship sent a distress signal on Monday afternoon. The Norwegian Maritime Authority decided to evacuate eight of the 12 crew members, while four sailors headed by the captain stayed behind to fix the issue. However, as the ship lost speed, the rescue services decided to evacuate the remaining crew, according to local media.

"In these situations, the top priority is to prevent the tilted vessel from capsising and spilling heavy oil and diesel fuel," the maritime authority's spokesman was cited by NRK as saying.

The vessel is carrying 350 tonns of heavy crude oil and 50 tonns of diesel fuel, and is reportedly drifting towards the coast in Alesund. Experts estimate the probability of capsizing as high due to the extent of the tilting and rough sea conditions in the area, with waves reaching up to 15 meters (49 feet), according to the news report.

A coast guard ship and an aircraft are currently headed in the direction of the drifting vessel to assess the situation.