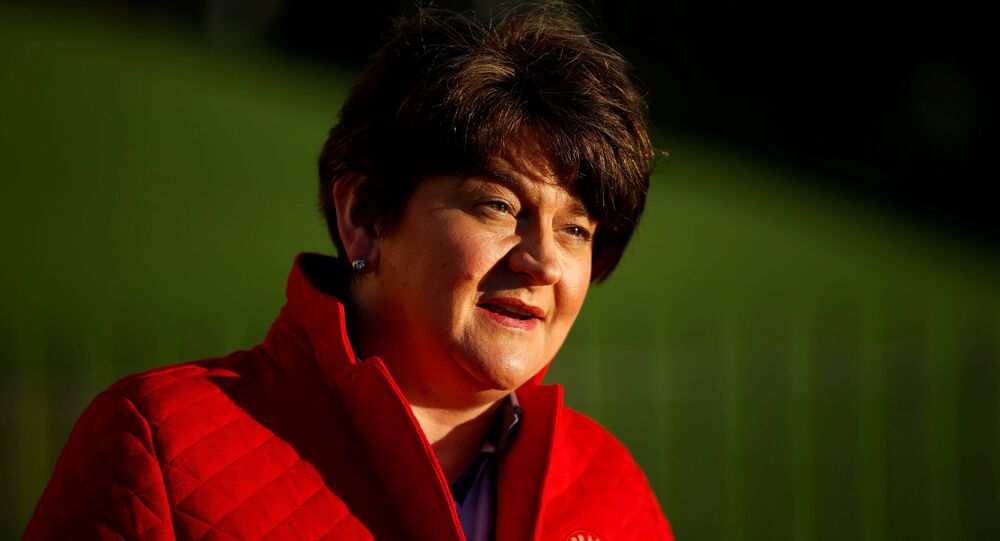 The United Kingdom and the European Union are currently in talks over repairing issues contained with the Northern Irish Protocol included in the Brexit agreement. The protocol serves to keep goods moving unrestricted and therefore avoid a hard border on the island of Ireland.

Northern Ireland First Minister Arlene Forster said that there has been no breakthrough at a meeting between UK and EU representatives on Tuesday.

Describing the meeting between cabinet minister Michael Gove and his Brussels counterpart as "hugely disappointing", Foster accused the EU of being "tone deaf" and said that the short extension to the grace period on checks on goods going from Northern Ireland to the rest of the UK was not granted

Foster, who attended the meeting, told UTV television there was "no breakthrough and I can't say I am surprised given the attitude of the EU to the protocol".

Ahead of the meeting, Mr Gove wrote to  Sefcovic and requested urgent political solutions. He asked that the grace period be extended until 2023 in order to minimise post-Brexit disruption.

Last week, Sefcovic said he wished to see all issues over the Northern Ireland protocol of the Brexit Withdrawal Agreement fixed.

Tensions have arisen between the UK and Brussels in recent weeks after the EU announced and then backtracked on a decision to activate article 16 in the Northern Ireland protocol, which would see the imposition of border checks on the island of Ireland and breach the regulatory alignment included as part of the Good Friday Peace Agreement.

At the time, Arlene Foster described the move as “an incredible act of hostility”.

The move came amid a dispute over the movement of vaccines between the UK and EU. While experiencing shortages of vaccines, Brussels suggested halting exports to countries outside the bloc, including the UK.

Under the Brexit agreement, in order to avoid misalignment between the two sides of the Irish border, Northern Ireland retains EU single market and customs union regulations, unlike the rest of the UK. This draws an effective customs border down the Irish sea and places certain checks on specific goods moving between Great Britain and Northern Ireland.

However, unionist lawmakers in Stormont are frustrated with the arrangement as it effectively separates Northern Ireland, at least economically, from the rest of the UK.