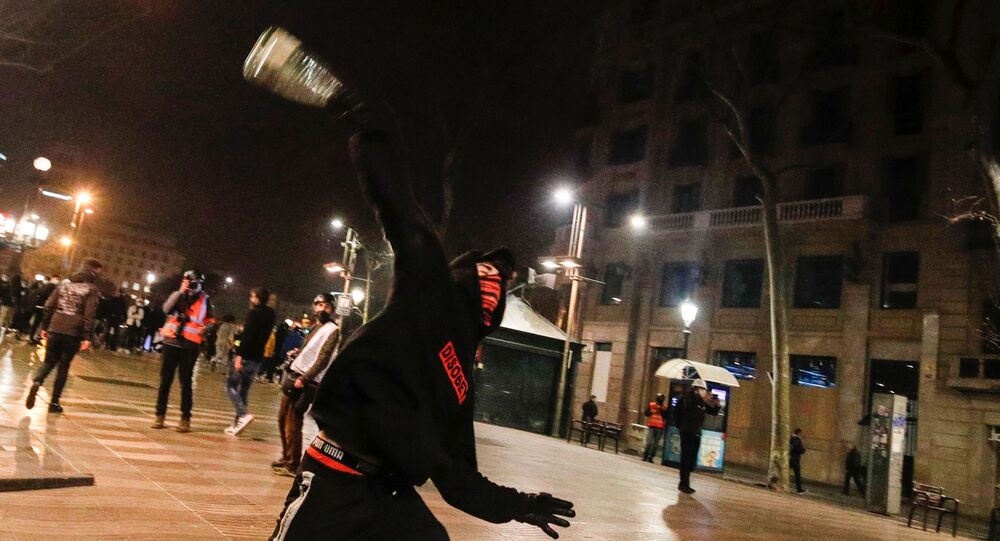 Four people were detained during the fourth day of protests in Catalonia, Spain. While most of the events across Spain ended peacefully, there was a series of clashes between rioters and law enforcement officers in Barcelona.

Sputnik is live from Barcelona, Spain, where people are taking to the city’s streets for the fifth consecutive day to protest against the imprisonment of Spanish rapper Pablo Hasel.

Residents in Spain’s capital Madrid and other cities are expected to join Barcelona for another round of nationwide protests on 20 February.

The latest events in the capital of Catalonia were marked by violence, as protesters were burning barricades, overturning trash cans, and breaking windows. The fourth night of riots in the city resulted in four detentions.

The protests were triggered by the arrest of Spanish rapper Pablo Hasel, who was accused of insulting the Crown and referring to activities of the GRAPO group, which is considered a terrorist organisation in Spain, in his songs and tweets.