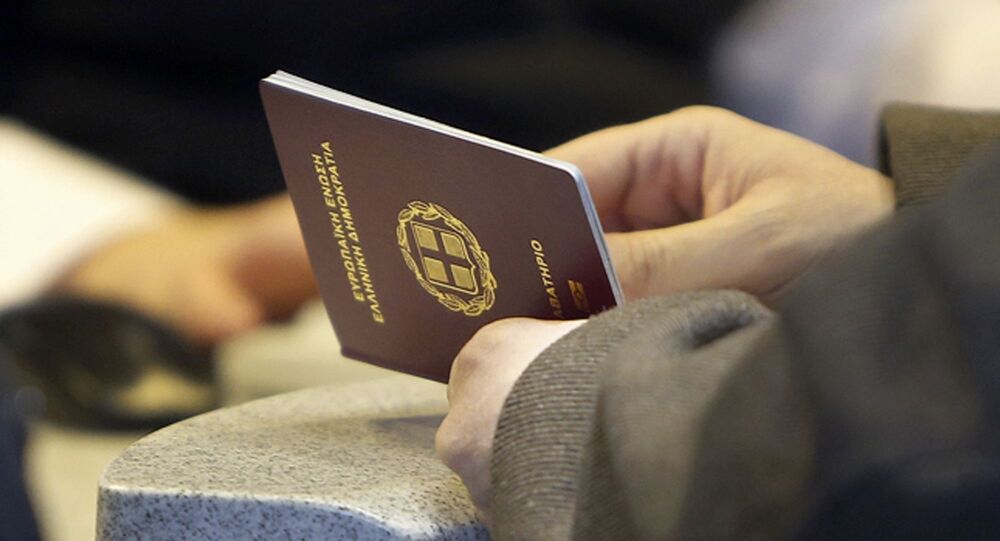 Greek authorities began issuing digital vaccination certificates for people vaccinated against the coronavirus last week, with Prime Minister Kyriakos Mitsotakis suggesting the measure should be introduced across the European Union to facilitate travel and tourism.

The Greek government’s vaccination certificate initiative will divide society and constitutes an “apartheid-type,” restriction of freedoms, Nikos Filis, a SYRIZA lawmaker and former education minister under the Tsipras government, has said.

“Mr. Mitsotakis should take the ‘apartheid’ of ‘vaccination certificates’ out of his mind,” Filis wrote in a post on his Facebook page on Sunday.

“I notice how many friendly media…present the Mitsotakis proposal for a vaccination certificate, which will function as a kind of ‘travel passport’, as something ‘pioneering’ (as if he was the first to think of it). Those who have it, the prime minister has written, will use a ‘fast lane for travel’ between EU countries. Everyone else will face restrictions: tests for travel (for a fee, of course), about ten days of quarantine on arrival, and, most likely – the closure of doors to some companies which for commercial reasons decide to go ‘one step further’ in choosing clients,” the lawmaker added.

Accusing the prime minister of exceeding his authority and of believing that “he can impose restrictions on some citizens” without political repercussions, Filis suggested that the World Health Organisation (WHO) has rejected the idea of vaccination certificates due to the danger that they may exclude some categories of people and even entire nations which don’t have access to vaccines.

“Furthermore, once the certificate opens ‘express lanes,’ the savage and carnivorous commercialisation of the process will not be long in coming. Rest assured that it will not be too long until people who are in power or have the money will be able to get vaccinated, without anyone being able to check afterwards what illegal means they used,” the politician noted.

© REUTERS / Irfan Khan/Pool
California Resident Dies Hours After Getting Vaxed for Coronavirus
“The pandemic has already afflicted us enough, including beyond the lives it has taken. We will not let the government divide us in two,” Filis stressed.

“To use these certificates to divide the population of Europe in two does not seem like a good thing to me,” Iohannis said.

Earlier this month, Mitsotakis sent a letter proposing the digital vaccination certificate idea to European Commission President Ursula von der Leyen, saying that “while we are not going to make vaccination compulsory or a prerequisite for travel, persons who have been vaccinated should be free to travel.” He added that the certificates would “provide a positive incentive” for people to get vaccinated, suggesting this was “the only way to ensure a return to normality.”

EU authorities postponed discussion of the vaccination certificate idea at a meeting on Thursday, opting instead to continue pushing to deter unnecessary travel as a means to slow the spread of the virus.

Filis served within the coalition government of Alexis Tsipras, the SYRIZA leader who served as prime minister between 2015 and 2019 before becoming leader of the Official Opposition.

Greece has reported 152,000 total cases and nearly 5,650 COVID-19-associated death since the pandemic began. Late last year, the country’s finance ministry said it expected the economy to contract by 10.5 percent in 2020 amid lockdowns and the collapse of income earned from tourism, with national debt expected to grow to 340 billion euros, or 208.9 percent of GDP.