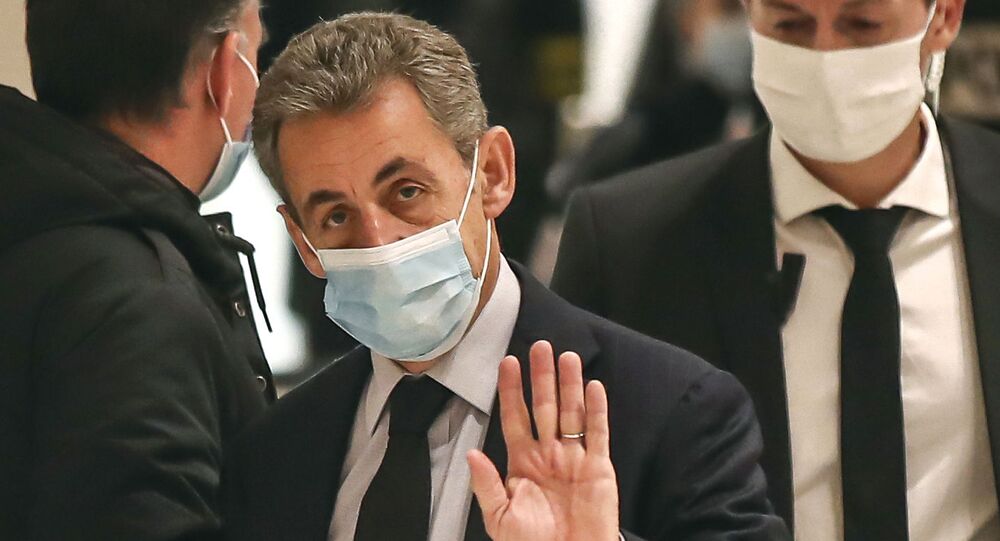 Nicolas Sarkozy served as president of France from 2007 to 2012. After retiring from public life, he was charged with corruption in at least two cases.

French prosecutors have launched a preliminary judicial investigation into France's former president Nicolas Sarkozy, according to AFP. The probe relates to "influence-peddling" accusations over the ex-president's consultancy activities in Russia.

It was previously reported by the Mediapart news site that the authorities initiated a review of the case from summer 2020 after the financial intelligence service Tracfin had produced a report detailing payments Sarkozy had previously received from the Russian firm Reso-Garantia.

According to Mediapart, Sarkozy received 3 million euros in 2019 for working as an advisor for the company.

Nicolas Sarkozy, who was France's president from 2007 to 2012, is also facing accusations of influence-peddling over an alleged attempt to illegally obtain information from a judge in relation to another case reviewing his campaign finances in exchange for presitigous retirement job. In November, the corruption and influence-peddling trial began in Paris. During the hearings, Sarkozy has maintained his innocence, arguing that he had "never committed the slightest act of corruption".

The verdict on the case is expected to be announced in March, with the prosecutors demanding a prison sentence of up to four years. Sarkozy vowed to "go all the way for the truth” after being “dragged through the mud for six years”.

In 2018, the former president, now 65, was charged with illegal campaign financing, corruption and public funds embezzlement over allegations that he had received millions of euros from Libya's former head, Muammar Gaddafi.

In October of 2020, French investigators issued a new charge against Sarkozy over the Libyan review, accusing him of being a part of a "criminal conspiracy".

The ex-president called the accusations against him in relation to Libya case "baseless".

Back in October 2016, Sarkozy had been indicted for the "illegal" financing of his failed 2012 political campaign. In relation to this case, he is expected to appear in court in March 2021.