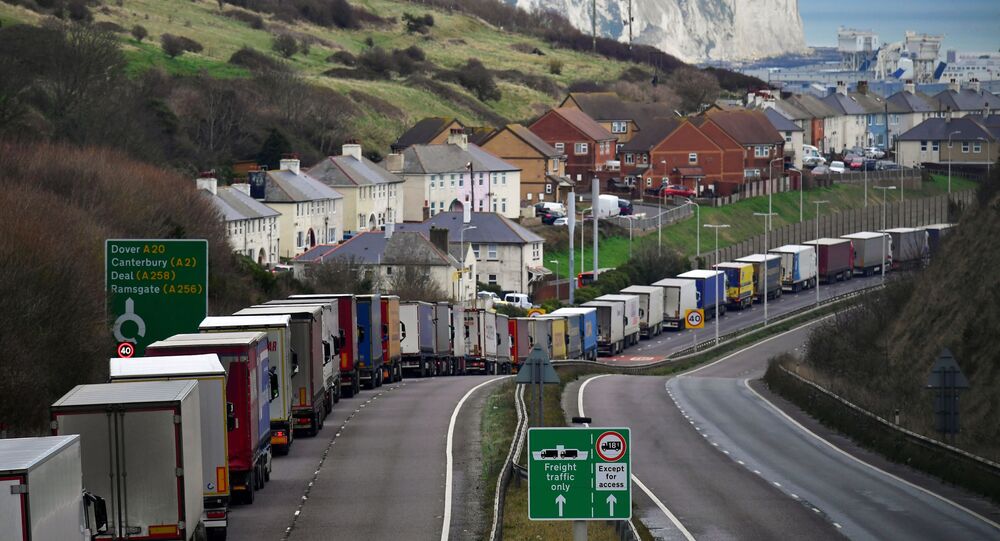 ​According to the European Commission, meat and dairy imports are banned because they can contain pathogens causing animal diseases which "continue to present a real threat to animal health throughout the union".

British drivers travelling to Europe have been hit by the end of the Brexit transition period in a very odd way, as they now have to give up their lunch at the border, according to Dutch TV.

A video shows custom officers at the Hook of Holland ferry terminal telling car and lorry drivers they are "no longer allowed to bring certain foods to Europe, like meat, fruit, vegetables, fish, that kind of stuff".

When a driver asked an official if he could just take the meat off the sandwiches and keep the bread, he gets a negative answer.

"No, everything will be confiscated. Welcome to Brexit, sir, I'm sorry", an official in the video said.

Next time people tell you there's no new friction at the borders because of Brexit, you can show them this Dutch TV clip of drivers being stopped and having their lunches confiscated. pic.twitter.com/B9eZfDWKFB

"Since 1 January, you can't just bring more food from the UK", Dutch customs said in a statement. "So prepare yourself if you travel to the Netherlands from the UK and spread the word. This is how we prevent food waste and together ensure that the controls are speeded up".

Several British officials have already addressed the incident, with MP Andrew Bridgen calling the whole story "quite pathetic nit-picking", and noting that if the EU continues it "will not be good for the Dutch ports, hauliers will get somewhere else".

Some users criticised the Dutch authorities, or simply mocked the sandwich hunting, posting some memes to comment on the story.

The Dutch are very annoyed about Brexit. A family member lives there and says the government is furious that they are having to pay much more to the EU now U.K. has left. Thus they're showing their displeasure whenever they can

That's a shame. I'd be willing to bet all the stuff confiscated was originally imported from the EU.

All your sandwiches belong to us. pic.twitter.com/CkuOaYOjUu